A former Army Officer, Lakshan Singh Bisht has forayed into Bollywood with heroic stories of soldiers losing their sheen by getting lost in the passage of time 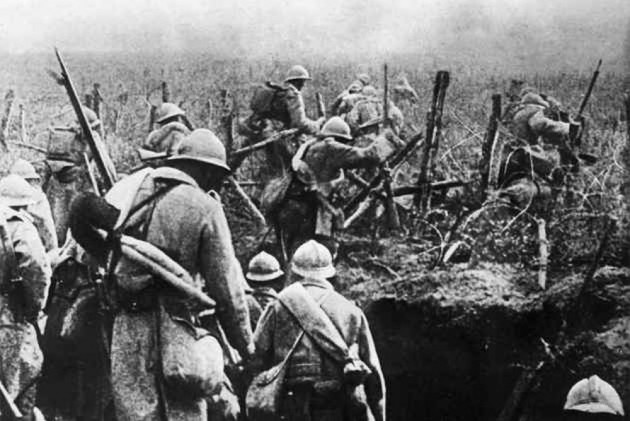 A former Army Officer has forayed into Bollywood with heroic stories of soldiers losing their sheen by getting lost in the passage of time. He aims to serve such legendary stories to the masses with a production house.

The former Army officer is Lakshan Singh Bisht, a former NSG Commando who served in the Indian Army for around eight years. He is now all set to bring out a biopic on the legendary tale of Gabbar Singh Negi, a World War I hero who sacrificed his life at the age of 19 in 1915.

Bisht told IANS, "Negi, a resident of Garhwal (Tehri district) lost his life while fighting the World War I. He stunned the Britishers with his act of bravery, valour and fearlessness and hence was awarded the Victoria Cross honour posthumously. It was the highest and most prestigious award of the British honours system."

He was the youngest soldier (19) from Garhwal Rifles to receive this highest British honour, informed Bisht who was in Jaipur recently to attend a personal function.

In 2018, after quitting the Army, Bisht founded his own production house under the banner of 'Lucky Commando Films' with offices in Haldwani and Mumbai. He is presently working on four short films.

Expressing his displeasure at the current scenario where stories of great Indian heroes remain hidden in books and never come out, he said, "It sounds strange that the stories of bravery and sacrifice lie hidden deep down in the folds of papers. Hence, I decided to produce a biopic on Negi who was the person who religiously followed the concept of duty first' and went for the war the same day he got married."

The movie will bring out many other interesting anecdotes from his life, he added.

Bisht's production house aims at delivering the best quality content with a message within it. A few months ago, Lucky Commando Films made its first music video "Ehsaas", based on the theme - No acid attacks'.

They will come up with short films, web series and feature films in the future.

"We are already planning to launch a few of our projects at Netflix and Amazon Prime," he said.

Their other ambitious project is a short film "Niyati Chakra", based in Varanasi. It is written and directed by Santosh Ojha, an alumnus of FTII, Pune.

"This is a story of the fate of life. We are planning to take these films to different International Film Festivals," Bisht said.

On the sidelines of the function here, he said he has got the rights to produce the film from Negi's family and a NOC agreement has been signed with them for Rs 51 lakh.

The biopic will bring many hidden yet interesting stories from Negi's life.

"Discussions are on with leading production house Eros. Also, we are trying to get leading names for the cast and are aiming to realise the film by August 2020," he said.

Bisht served in the Army from 2004-11, completed his training in Israel from 2004 to mid-2006 and served in the NSG as the Personal Security Officer of Prime Minister Narendra Modi from 2007-11 when Modi was the Gujarat Chief Minister.

Bisht received the award of India's Best NSG Commando in 2009.