The NIA on Monday put a former Pakistani diplomat on its wanted list and released his photo, seeking information. 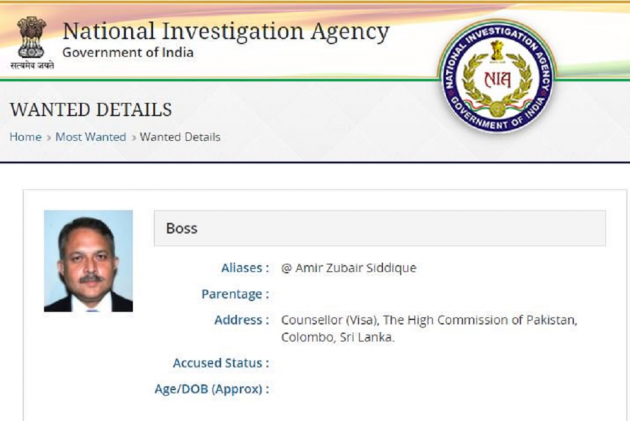 During the investigation, the National Investigation Agency (NIA) had found that the diplomat, Amir Zubair Siddique, while working in Sri Lanka from 2009 to 2016, engaged people to indulge in espionage and terror activities in India.

The NIA on Monday put a former Pakistani diplomat on its wanted list and released his photo, seeking information.

Nicknamed as 'Boss' in the NIA list, he was charge-sheeted in February, along with two others, for plotting 26/11 type attacks in southern India.

He was a visa counsellor at the High Commission of Pakistan in Colombo, Sri Lanka.