When launched, the BMW X2 will have the Mercedes-Benz GLC for competition 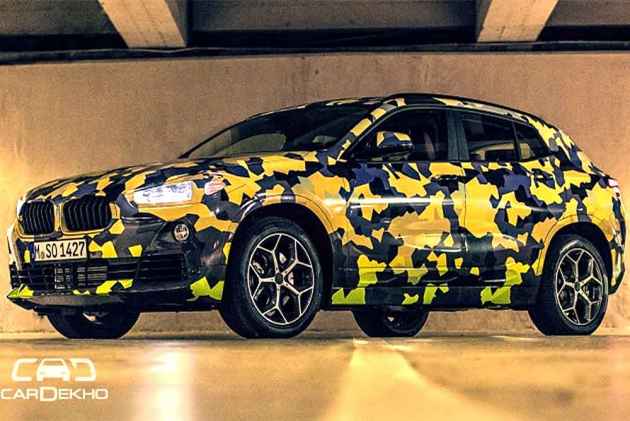 Remember the BMW Concept X2? It was a crossover concept from the German luxury carmaker that we showed you after it was showcased in Paris earlier this year. What was once a concept has become a close-to-production vehicle and was recently showcased wearing a camouflage on the streets of Paris during the Fashion Week (20-25 September).

The BMW X2 is expected to be unveiled by the end of 2017. What’s in store for us then? Well, the BMW Group’s HQ has confirmed that the compact crossover will make its way to India as well. We’ve also been told that more information regarding the X2 can be expected later this year.

While we expect BMW to offer a 2.0-litre petrol and a 2.0-litre diesel engine on the X2, the Munich-based carmaker hasn’t confirmed what the technical specifications of the X2 could be.

What we can make out, however, is that the X2 will be BMW’s answer to the Mercedes-Benz GLC, and it will slot right in between the BMW X1 and the X3 in the carmaker’s portfolio. Presently, prices for the BMW X1 (diesel) start from Rs 32.4 lakh and go up to Rs 42.7 lakh (both prices ex-showroom). The BMW X3, which is bigger than the X1, starts from Rs 49.1 lakh (ex-showroom). However, the X3 is due for a model change and we’re expecting the new version to come to India in 2018. In all likelihood, this could happen before the launch of the X2 in India. The new generation X3 is likely to cost more than the current version thereby leaving some room for the X2 to fit in perfectly.

The prices for the Mercedes-Benz GLC start from around Rs 46.5 lakh (ex-showroom), which is where BMW would ideally want to position the X2.

The BMW X2 that made an appearance in Paris wore a black-yellow camouflage hiding a lot of the details. However, when you compare it with the BMW Concept X2, you realise that the SUV is almost ready for a market launch. The front bumpers have been redone and incorporate fog lamps now. The headlamps are bigger and the outside rearview mirrors (ORVMs) also look like they are production-spec units. At the rear, the bumper has been resculpted but the dual exhaust tips have been retained, although they appear smaller now. The boot too has been reshaped to accommodate the redesigned rear bumper.

We’ll bring you more info about the upcoming BMW X2 as soon as we get it.