Exclusive: I’ve Still Not Given My Best, Says Suriya Aka ‘Singham’ Comparing Himself to ‘Perfectionist’ Aamir

“Aamir Khan achieves perfection every time, he makes a mark every time. Sometimes I win, sometimes I lose,” says Suriya in an exclusive interview to Outlook 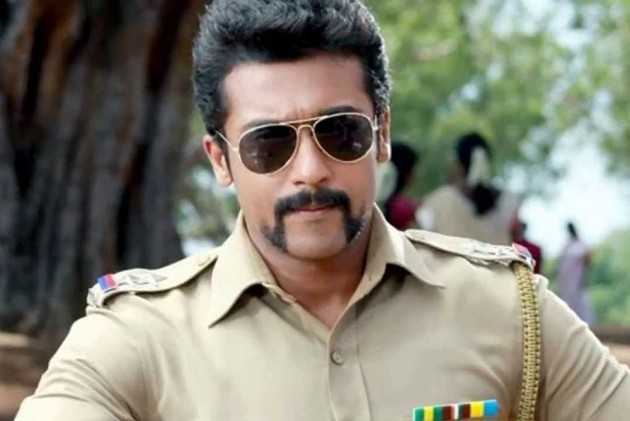 He’s an uber talented Tamil movie star who loves to experiment with his roles and directors. Suriya Sivakumar is known as a perfectionist in the Tamil film industry and he strives hard for it with every film of his. Today, Suriya is also a successful producer and meaningful cinema is what he hopes will be his legacy. A well-known philanthropist, Suriya takes time out to talk to Outlook about his films, family and more.

How is your upcoming release C3 (Singam 3) with director Hari different from the first two films?

We didn’t plan to do Singam 3 initially. We had another idea and in fact, had worked on it for a few months. But people from all side took the liberty and told us we should do Singam 3. Director Hari came back and said he had an idea that we could work on. That’s how this project came about. When we did part 1, we never thought about part 2 or part 3. Part 1 was more earthy and rustic; part 2 was more action, travel and family emotions. We got feedback that the earthiness was missing in part 2. Part 3 has a very good balance and the content is something which is something new. We can’t give messages but we can talk about what youngsters are up to now. It’s a right mix of all emotions.

You’re the only Tamil star who has carried a franchise film to the third part.

I would say that it’s only thanks to the love and support of fans. And the confidence that Hari has. If we had been let-down with the first film, we wouldn’t have the enthusiasm to work on the next one. Because it is a risk – they have seen a character like this before, they have seen a tragedy like this but in spite of this, if there is a surprise element that we can give them, then it works.

Compared to other films, we never thought Singam would be accepted in other languages. I keep getting feedback from people that they are not big movie buffs but they don’t miss Singam. Something about this film really attracts people.

In your career, how significant is the Singam franchise?

We do movies for our people. I don’t know if I should be proud of it but most people call me by the name of the character in the film – Duraisingam. Somewhere it’s a recall factor of them. They are able to identify that character in me and I’m happy to make that impact. A lot of young policemen have told me that they saw Singam and joined the police force because of that. Some tell me they saw the training process and want to be a cop like that. Others like the moustache. First you want to keep your fans happy and then your inner circle. My family is very happy when I do a film with Hari. There is a nice balance of emotions and the way he portrays me on screen. I’m happy that my family like it and if they are happy, I’m happy. This movie has crossed borders and it surprises you and makes you happy that so many people connect to this brand. I’m happy we started this franchise and people have been waiting for it in spite of the release date being pushed. And I have to thank them as they have been the driving force.

As a star whose fans have certain expectations, does it become difficult for a director to ensure that they cater to the fans and enhance your image?

I should get out of it and not rely on the same on screen image. So I try to do different films. For instance, director Vignesh ShivN’s Thaanaa Serndha Koottam is very different – there are no low angles, no angry dialogues. From my side, I don’t put pressure on the director to cater to a certain image. I am happy to do different films and I have to stick by my director. I like to completely surrender myself to the director – that way I think I don’t get to do the similar roles.

Does your dad, Sivakumar (a doyen in Tamil cinema) give you advice?

(Laughs). When he sees a film, he first speaks to the director. Maybe if I’ve done something good, if I ask he might say something. But he doesn’t go overboard in commenting. He has seen and achieved a lot in life – his world is very different and deep. The characters and stories of his 200 films are very different from what we are doing. Their films were more hard-hitting while ours are entertaining.

People say you’re a perfectionist like Aamir Khan. Is that a conscious effort?

(Laughs). I’m trying to be – in fact, I struggle to be one. It’s a collection of all my experiences. I’ve worked with some good directors like Mani Ratnam, Gautham Menon, A R Murugadoss, Bala, K V Anand and Hari. Everybody has given me experiences – how characters can be portrayed, how dialogues can be delivered, how visuals can be used. I’m just trying to up my films – how every film should be better than the previous one. That’s what I struggle for. I think I’ve still not given my best shot. Aamir Khan achieves perfection every time, he makes a mark every time. Sometimes I win, sometimes I lose. The industry here also works in a very different way. You can’t always do what you want unless you are aware of all the craft. I don’t know all the craft – like I don’t know how to set a scene or write a screenplay. So I go with the director. If a director makes me do something I haven’t done earlier, then that excites me.

Is that how you choose your scripts?

When people leave the theatre, they should remember a line, a character, a sequence or emotion. With entertainment, I want to give meaningful cinema.

What was the idea behind launching your production house?

I do one film a year. I’m also ageing (laughs) and I can’t do every film that I like. When you have kids’ and want to take them for a movie, you end up going for an animation film or a Walt Disney one. There’s not much content for kids or women here and I wondered why we can’t we make more good films for them

What are you looking forward to in 2017?

Singam 3 should be a good film – people who have seen it have told me that I’ve done a good film. I have a film with Vignesh ShivN and it’s a different experience for me. We have other projects in the pipeline. I can’t promise that every film will get bigger but it’ll be a different experience for sure. Jo’s (his wife actress Jyothika) film Magalir Mattum (directed by Bramma) will be an early summer release and I’m planning to release another film I recently saw.