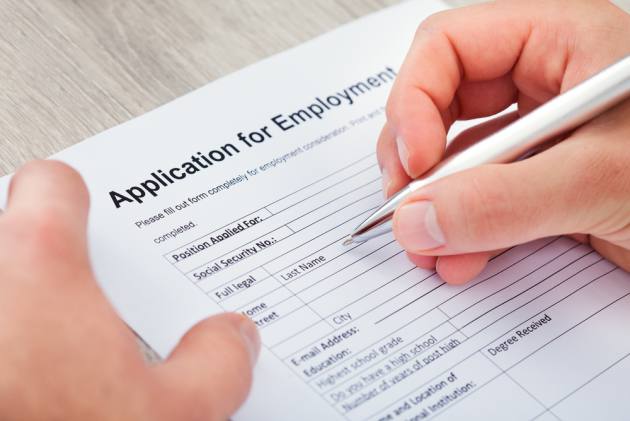 U.S. employers added just 210,000 jobs. That was the lowest monthly gain since December — and not even half the total that economists had expected. It meant that hiring had decelerated even before the new omicron variant of the coronavirus has done any measurable damage to economy.

Yet the overall portrait that emerged from Friday’s jobs report wasn’t nearly as dreary as the headline number suggested. The unemployment rate plunged from 4.6% to 4.2%, close to what economists consider full employment. And the Labor Department revised up its estimate of the hiring gains for September and October by a combined 82,000 jobs.

For months, America’s job market has been steadily recovering from last year’s brief but intense pandemic recession. In March and April 2020, employers slashed 22 million jobs — a record loss, by far — as governments ordered lockdowns and consumers hunkered down at home to avoid infection.

Since then, employers have added back nearly 18.5 million jobs. Huge government spending and the widespread rollout of vaccines have nurtured economic activity back toward pre-pandemic norms.

Still, the United States remains 3.9 million jobs short of where things stood in February 2020. And there are fears that omicron will squeeze the economy by discouraging consumers from shopping and eating out and by forcing factories and ports to temporarily close, thereby worsening the bottlenecks in the production and shipment of goods.

Here are five takeaways from the November jobs report:

UNEMPLOYMENT FELL, AND FOR THE RIGHT REASONS

The drop in the unemployment rate was especially heartening.

The jobless rate can sometimes fall for the wrong reason — because people become so discouraged that they stop looking for work and are no longer classified as unemployed. (The government doesn’t count people as unemployed if they’re not looking for a job.)

But the opposite happened last month: Many people began looking for a job and were hired.

“The spigots opened, and hordes of people flocked back into the labor force,” said Stephen Stanley, chief economist at Amherst Pierpont Securities.

The labor force — the number of Americans who either have a job or are looking for one — shot up by 594,000 in November, the sharpest increase since October 2020. The number of people who said they were employed jumped by more than 1.1 million. And the ranks of the unemployed dropped by 542,000.

Overall, the percentage of Americans either working or looking for work — the so-called labor force participation rate — rose to 61.8%, the highest proportion since March 2020.

How could last month’s job gain have been so disappointing when the unemployment picture brightened so much?

Stanley at Amherst Pierpont calls last month’s jobs report “one of the most confounding that I have ever seen.” The discrepancy between weak job creation and improving unemployment reflects how the government compiles the monthly jobs report.

The Labor Department conducts two separate surveys. One survey determines how many jobs employers added, based on their payrolls. The other survey, of households, determines the unemployment rate. The two surveys can sometimes tell different stories for the same month, though the discrepancies usually narrow over time.

For the payroll survey, the government asks mostly large companies and government agencies how many people they employed that month.

But to determine unemployment, it calls households and asks whether the adults living there are working. Those who don’t have a job but are looking for one count as unemployed.

Unlike the payroll survey, the household survey counts farm workers, the self-employed and people who work for new companies. It also does a better job of capturing employment at small businesses.

But the household survey is likely less precise. The Labor Department surveys just 60,000 households. That’s far fewer than the 145,000 private and government employers it surveys for the payroll report.

Stanley said he suspects that last month’s payroll gain was tepid mainly because employers can’t find enough workers to fill their job openings, which were at a near-record 10.4 million in September.

HIRING SLOWED AT HOTELS AND RESTAURANTS

Leisure and hospitality companies, hit hard when the pandemic struck last year, have been on a hiring spree for much of this year, having added 242,000 jobs a month through October. But last month, their hiring increase slowed sharply to just 23,000. That was the fewest since January, contributing to the job market’s overall sluggish gain.

Hotels added fewer than 7,000 jobs, the weakest increase since January. Restaurants and bars, which had been adding more than 154,000 jobs a month this year through October, tacked on just 11,000 in November.

Andrew Hunter, senior U.S. economist at Capital Economics, said he suspects that the hiring deceleration in November is tied in part to “the nascent winter wave of virus infections.”

Employment at warehouses and transportation companies has been booming. It rose by nearly 50,000 jobs last month. That job growth reflects a shift away from traditional retail establishments and toward e-commerce — a shift that the pandemic has accelerated.

Warehouse and transportation jobs are already 4% above their pre-pandemic level of February 2020. By contrast, retail employment fell by more than 20,000 last month and is still down 1% from before the pandemic.

Warehouses and trucking companies have been scrambling to meet customer demand. That trend is a consequence of homebound consumers, their bank accounts swollen by the government’s pandemic relief checks, putting in orders, often online, for lawn furniture, electronics and other goods.

Employment Picture Brightened For All Races

The unemployment rate for all races fell to a pandemic low last month.

Hispanic unemployment dropped from 5.9% to 5.2% as the ranks of employed Hispanics surged by 502,000, the biggest monthly gain since October 2020.