Within two months, All India Majlis-e-Ittehadul Muslimeen (AIMIM) would be launched in Rajasthan, said party supremo Asaduddin Owaisi. The state unit of the party is likely to focus on Dalits and Muslims. 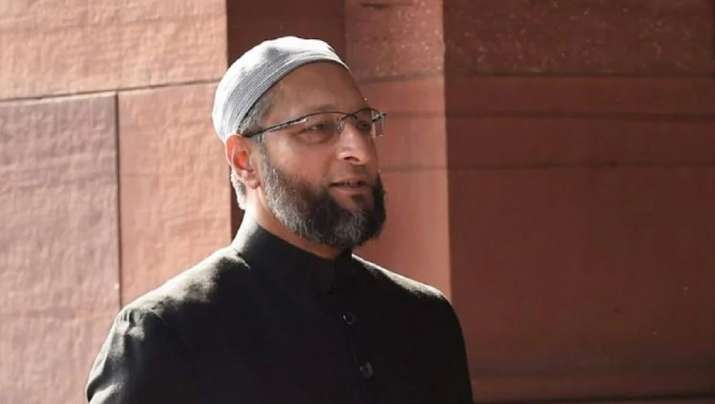 Exactly two months after launching the party’s poll campaign in Uttar Pradesh from Ayodhya, the All India Majlis-e-Ittehadul Muslimeen (AIMIM) is all set to make its debut in Rajasthan.

Revealing that the state unit of the party would focus on Muslim and Dalit communities in Rajasthan, Asaduddin Owaisi told the media, "We are set to launch our party in Rajasthan. The preparations are in full swing and we are holding meetings with communities, their leaders and prominent people to understand the issues faced by the minorities in Rajasthan."

While stressing that there is a need to create an independent leadership of Muslims, Owaisi added, "In order to strengthen the nation, the independent leadership of Muslims is important. Our party will give a platform to voices from the community in the state." During his second visit to Rajasthan, he met various community leaders from the minority and discussed the issues and poll prospects in various constituencies.

"We had received an invitation to meet AIMIM chief Asadudin Owaisi. Our representative met him and discussed the issues of Madrasa para teachers in Rajasthan who are demanding the regularisation of jobs. He assured that his party would keep this its his top priorities," Shamsher Khan Gandhi, a teacher by profession who is leading the movement in Rajasthan told Outlook. There are about 14 lakh teachers who are on contractual wages and protesting for regularisation. Around 4,000 are from tribal communities.

How Congress will be affected?

Interestingly, so far, with a clear cut focus to establish his party in the desert state, Owaisi has refused to disclose any plans of a possible alliance with regional or national parties.

According to the political observers, the decision to expand the party's base in Rajasthan, while keeping an eye on the Muslim and the Dalit communities, could affect the poll prospects of ruling Congress -- one of the two dominant parties -- in the upcoming assembly polls, slated in 2023.

"Owaisi has clearly said that he will be a voice to the Muslim community, but at present Muslims are the vote bank for Congress party in Rajasthan. If he chooses similar constituencies from where Congress has been winning, it could prove damage to us," a senior Congress leader told Outlook.

Another leader Mohsin Rashid, State coordinator of minority cell of the Congress party who also met Owaisi, shared with Outlook, "He spoke about his party's expansion in Rajasthan. His motive is to fight against the fascists and remove the discrimination against Muslims in India. We discussed the political situation and issues in the state. Though I made it clear that if he aims to strengthen the Muslim community here, he needs to think before choosing the constituencies. Otherwise there will be a divide in the votes".

Interestingly in the 2018 assembly polls, the Congress party gave tickets to 16 Muslim candidates out of which nine won. The Bjp on the other hand gave only one ticket to their candidate Younus Khan. Khan who is known to be a close aide of Vasundhara Raje contested against Sachin Pilot from Tonk and lost by a margin of 50,000 votes.

In the Assembly of 200, the ruling Congress at present has 108 MLAs, BJP 71, Rashtriya Loktantrik Party (RLP) three, CPI(M) and Bharatiya Tribal Party (BTP) two each and the Rashtriya Lok Dal one. Thirteen are independent legislators.

Meanwhile, AIMIM has already made its debut in Uttar Pradesh where it has announced that it will contest from 100 seats in the upcoming 2022 assembly polls. In the 2020 state assembly elections in Bihar, AIMIM contested 20 seats and won five of them.