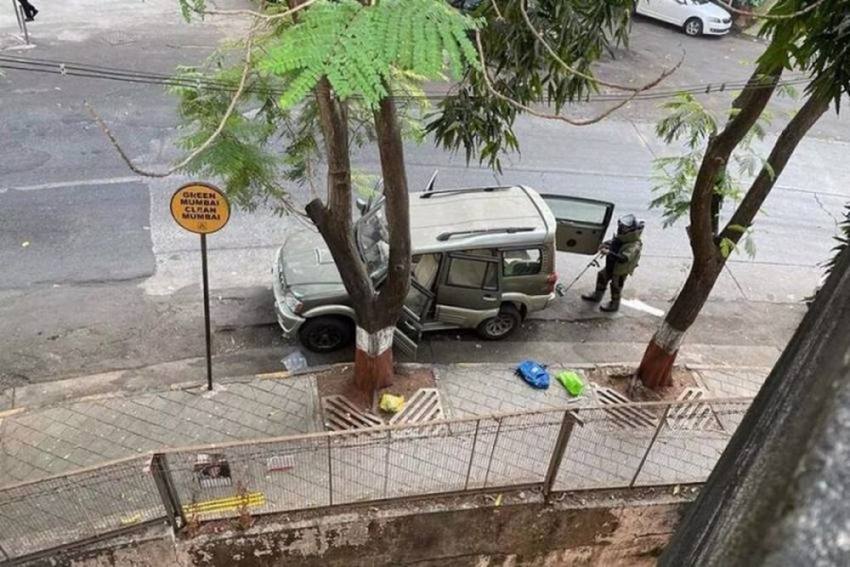 While talking about the National Investigation Agency (NIA) taking over the case of a vehicle laden with explosives being found near industrialist Mukesh Ambani's residence in Mumbai, Maharashtra Chief Minister Uddhav Thackeray said that something was "fishy" about the development.

As he talked to the reporters in Mumbai, Thackeray said that governments come and go, but the official administrative machinery remains the same and one needs to trust it.

Earlier, the owner of the explosives-laden car,  Mansukh Hiren was found dead along the Mumbra Reti Bunder road in neighbouring Thane. A letter was also found which he had written a letter alleging that he was being harassed by journalists and police investigating the case.

Probe Into Car Found Near Ambani's Residence Should Be Given To NIA: Devendra Fadnavis

Demanding legal action against the people mentioned and police protection for himself, Mansukh had written a letter to Maharashtra Chief Minister Uddhav Thackeray.  The same letter was also addressed to the state Home Minister and Mumbai police chief.

Ever since Mansukh has been found dead, opposition leaders in the Maharashtra Legislative Assembly have been demanding an NIA probe in the case after the death of "a prime witness" Mansukh was discovered.

The National Investigation Agency (NIA) took over the case following orders from the Ministry of Home Affairs, an official spokesperson said on Monday.

The agency is in the process of re-registering the case, the spokesperson added.

On Sunday, the Maharashtra Anti-terrorism Squad (ATS) registered the FIR against unidentified persons on the order of the state home department under IPC Sections 302 (murder), 201 (causing disappearance of evidence of offence) and 120(b) (criminal conspiracy).

Maharashtra Home Minister Anil Deshmukh said in the Assembly on Monday that state police were capable of solving the case of auto parts dealer Mansukh Hiran's death and the recovery of the explosives-laden car near Ambani's residence.

Thackeray said, "We had handed over the case of the vehicle laden with explosives and the mysterious death of Mansukh Hiren to the ATS. The NIA taking over the case shows something was fishy."

The ATS will continue to conduct its probe into Hiran's death, the CM said.

He said the opposition does not have faith in the state machinery and wanted to show it doesn't function.

"If that is so, why is it demanding that the state government reduce taxes on fuel?" the chief minister asked.

Thackeray also said the state police will conduct a probe into the alleged suicide of Lok Sabha member Mohan Delkarand punish the guilty.

Delkar (58), a seven-term MP from the Dadra and Nagar Haveli Union Territory, was found dead at a hotel on Marine Drive in south Mumbai on February 22.

"A Union Territory is governed by the Centre. We will take the case to its logical end. I wonder how the opposition here is quiet on the issue of the seven-term MP ending his life," Thackeray said.