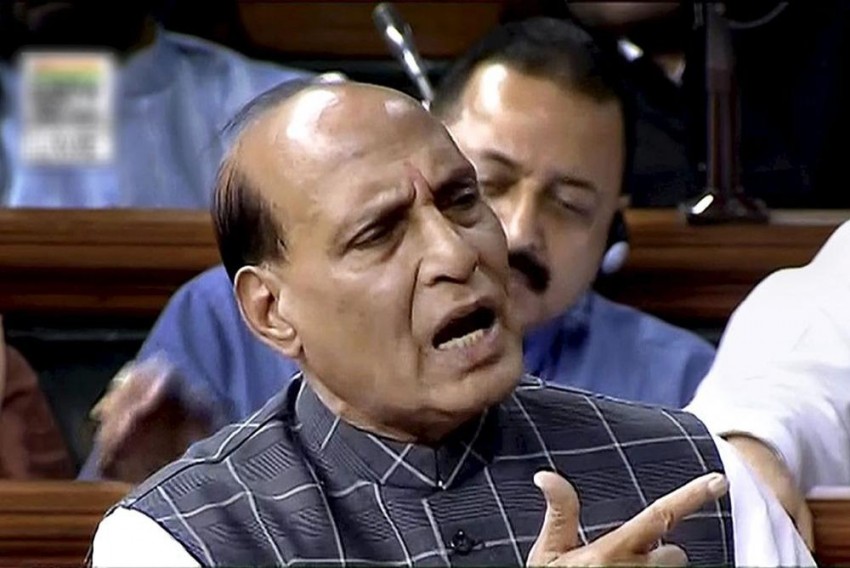 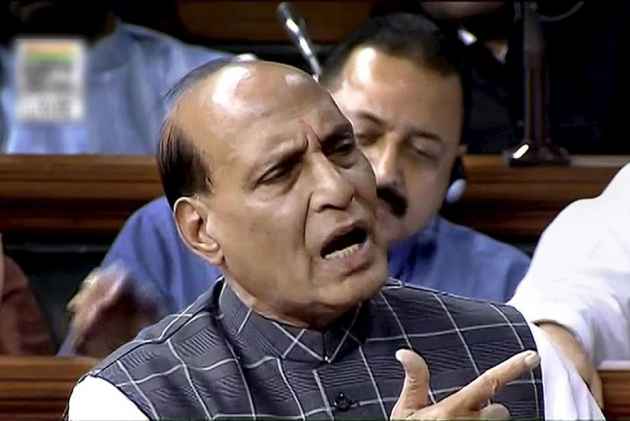 Incidents of stone-pelting have reduced in Jammu and Kashmir due to the role of the National Investigation Agency (NIA), Home Minister Rajnath Singh said today.

He said the incidents of naxalism, terrorism and extremism have also seen a downward trend in the last three years.

"You have seen the role of the NIA in Jammu and Kashmir, where incidents of stone pelting have come down. We have taken pledge for India's security and strict action is being taken for this. We will accept challenges and in the past three years incident of naxalism, terrorism and extremism have seen a downward trend," he said.

Singh was speaking after inaugurating the office and residential complex of the NIA here.

Emphasising on "finishing terror funding sources", he said, "If we plug sources of fake currency and terror funding, it will be a big blow to terrorism. NIA is doing a great job here. Its name sends fear down the spine of those indulging in terror funding."

On the occasion, Chief Minister Yogi Adityanath suggested holding of a meeting every six months between the NIA and state agencies.

Responding to his suggestion, Singh said, "Without better coordination, there can be no success. It's a continuous process of sharing informations."

The Home Minister said that Lucknow office and residential complex of the NIA was the first in the country and stated that it was a "positive indication that a 'Yogi' (UP CM) is present in the function".

He said the NIA was probing 165 cases and due to its "scientific probe there is an approximately 95 per cent conviction rate."

Singh said NIA has established itself as a credible investigating agency.

The Home Minister said the complex was completed by state-owned NBCC within 18 months against 24 months and the Lucknow unit of NIA was probing 20 cases of terror activities, including blast cases in Patna, Bodh Gaya (both in Bihar) and Bijnor and Kanpur ISIS module cases.