Around 32,000 homebuyers of as many as 27 Jaypee projects are left in lurch after the NCLT admitted a plea of the IDBI Bank for initiating insolvency proceedings against the debt-ridden company for defaulting on Rs 526-crore loan. 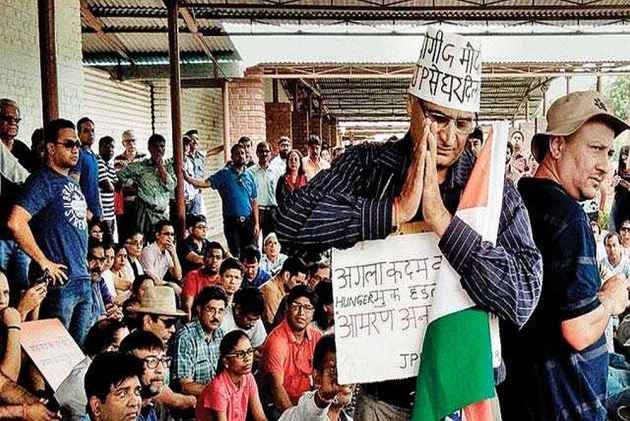 Abhishek Dubey has paid Rs 40 lakh over the last seven years for his Rs 45 lakh flat in the Jaypee Group’s Wish Town in Noida Sector 128. He was supposed to get the flat in April 2013. Four years on, his dream of living in the mega township still remains a wish.

Dubey is one of the 32,000 homebuyers of as many as 27 Jaypee projects in Noida and Greater Noida who are left in lurch after the National Company Law Tribunal (NCLT) on August 9 admitted a plea of the IDBI Bank for initiating insolvency proceedings against the debt-ridden company for defaulting on Rs 526-crore loan. It appointed Anuj Jain the interim resolution professional to carry out the proceedings under the Insolvency and Bankruptcy Code.

As homebuyers stand very low in the creditors’ order for payment of dues under the Insolvency Code, around 1,000 homebuyers, who have booked flats in the Jaypee Group’s Wish Town, Aman housing project in Noida Sector 151 and Sports City in Greater Noida, have now decided to stop paying their EMIs to their banks till there is “better visibility on the resolution plan.”

The panic over the situation emanates from the fact that under the Insolvency Code, once the resolution and liquidation process is completed, a portion of the proceeds goes towards recovering liquidation costs. It is followed by the payments to workers, employees and the banks and financial institutions involved in the projects, after which government dues are settled. It is only then the homebuyers are taken into consideration.

A section of the homebuyers have now written to their banks, including HDFC Bank, ICICI Bank, Axis Bank, Punjab National Bank, Bank of Baroda and the State Bank of India, requesting for a moratorium on their EMIs. At least 1000 buyers have decided to stop paying EMIs and 200 have already intimated their banks.

“It seems very clear that the Company (Jaypee Infratech Ltd) is unable to either develop or deliver the proposed project. The entire substratum on which my contract with the Company, and with the Bank, was based, seems to be completely eroded. Further, while the Bank still seems to be enjoying rights (as a mortgagee) over the proposed property, I as a customer seem to be in a complete lurch. In view of the above, considering the situation that there is no clarity or hope for the delivery of the flats/property by the Company, I for the moment,” the letter states.

Dubey, who is a corporate lawyer, alleged that the banks were in collusion with the developer and are equally culpable.

“The banks had approved the projects and then given us loans. In fact, HDFC and ICICI Banks had offered two-year EMI holidays under a subvention scheme on the pretext that the EMIs will commence near to the completion of the flats. Under the subvention scheme, flat buyers were induced in making full payment upfront to the builder rather than going for construction linked plans, therefore exposing flat buyers much more that in a usual scenario. Many of us have already paid 80-90% of the payment to the builder, but still, after seven years, we are unsure if we will ever get our flats.”

Dubey added that the subvention schemes were later banned by the RBI as it got to know the nexus between the banks and the builder which ended up exposing the buyer too much.
Defiant Dubey, however, is aware of the fact that by discontinuing paying the EMIs, the banks may try to affect hit on his CIBIL rating but he says we cannot pay Rs 50,000 per month just to maintain a CIBIL score.

“In the tripartite agreement between builder, buyer and the bank, why should only the buyer suffer? Flat buyers will approach the courts and the RBI to put a moratorium on our EMIs till the time flats are delivered to us and pray for interim reliefs so that our CIBIL score is not interfered with,” said Dubey.

The biggest incomplete project of Jaypee is the mammoth Wish Town project in Noida, on the outskirts of the national capital. The company has reportedly handed over only 5,500 flats out of the proposed 32,000 flats and 3,000 plots across 800 acres along the Noida-Greater Noida Expressway. The project has 305 towers, of which 250 are incomplete. Jaypee Infratech, which is into road construction, constructed the Yamuna Expressway connecting Delhi-Agra.
Last week, the Supreme Court agreed to hear a PIL by homebuyers seeking a stay on the NCLT’s order. On August 27, Jaypee Infratech handed over 25 flats in Aman after insolvency proceedings began against the company.

Another buyer, Shashi Kant, who purchased a flat in Kosmos Jaypee Wish Town Project in September 2010, told Outlook: “I have taken a loan from the HDFC Bank and I am paying an EMI of Rs 26,782 per month for the last seven years. For the service class, it is very difficult to pay a hefty EMI, besides paying for a rented accommodation. Currently, I am under a tremendous pressure as there is no surety of getting the property soon.”

Dr Avneesh Vij, who purchased a flat at Krescent Homes in Wish Town, said: “I have paid around Rs 85 Lakh to the builder for my 3BHK flat that is 90% of the total cost. Each month, I am paying Rs 70,000 as EMI. Now, I have decided not to pay EMIs till the insolvency proceedings are clear.”

He added: “We want our flats along with 18% compensation. This 18% is same as what builder had taken as penalty for delayed payments.”
Meanwhile, both the HDFC Bank and the SBI, in response to the moratorium call, have urged the home buyers not to suspend paying the EMIs. “We can’t give respite to buyers on EMI. They will have to understand that if they take home loans for under-construction projects, it is a huge risk,” Rajnish Kumar, managing director of SBI, told Bloomberg Quint.

The HDFC Bank too has advised home loan takers to continue to “honor (the) repayment obligations in order to maintain the credibility” of their claim.

Earlier this month, finance minister Arun Jaitley expressed sympathy with the agitating homebuyers and maintained that all those who had invested in the projects should get their flats.