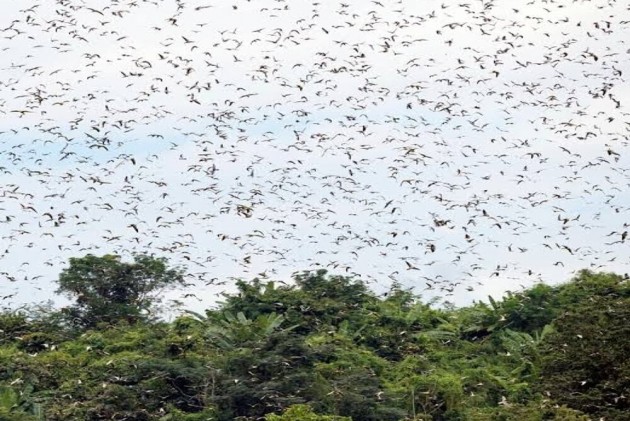 The Covid-19 pandemic has intensified campaigns around climate change globally. Scientists are harping on speedy and strong climate action to change the temperature trajectory. While some have said neglect of our natural habitats may have prompted the pandemic, others believe climate change has heightened the possibility of disasters striking during the pandemic and their disproportionate impact on those displaced.

Lost in this chorus are grassroots conservationists who are mobilising indigenous communities for various sustainable-living endeavours. Though these grassroots change-makers span the country, there are few who’ve tapped into the spiritual core of their community-driven practices to combat climate change.

Nuklu Phom from the Phom indigenous community in Nagaland stands out as one.

A former church worker from the Yaongyimchen village in Nagaland, 48-year-old Phom learnt from his grandfather early that humanity must reconcile with various threats from the environment. He learnt about nature as a sentient spirit that “would give as much as it received from humans.” 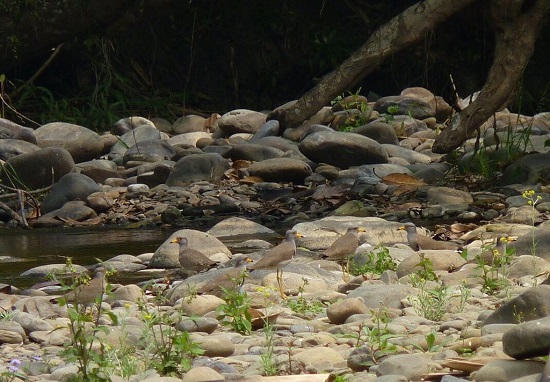 Raised in a Baptist family, Phom remembers leafing through the pages of the Bible for references to nature. He learnt how his forefathers were deeply attached to nature and superstitions that preserved their natural habitats, besides the tragic consequences of unwise tampering with “Mother Nature.”

But when Phom went on to pursue his Master’s in theological studies from Kerala little did he know he would, in a few years, create a biodiversity peace corridor in Nagaland. His efforts at conservation over the last 15 years have not only restored the ecosystem in his ancestral village, but have also paved the way for a more holistic understanding of the environment.

Recently, the conservationist received the Whitley Award for Nature from the United Kingdom that rewards exceptional environmental heroes from the Global South. Phom plans to bring hundreds of communities together to create clusters of community reserves. He wants them manned entirely by the indigenous people to reduce conflicts between man and nature, and use their expertise to combat climate change in the Eastern Himalayas. Earlier, his team received the Nagaland governor’s gold medal and the India Biodiversity Award in 2018.

“These awards are just a stepping stone to strengthen community-driven initiatives,” says Phom. “It’s time we moved to sustainable and non-extractable practices to save our natural habitats.” 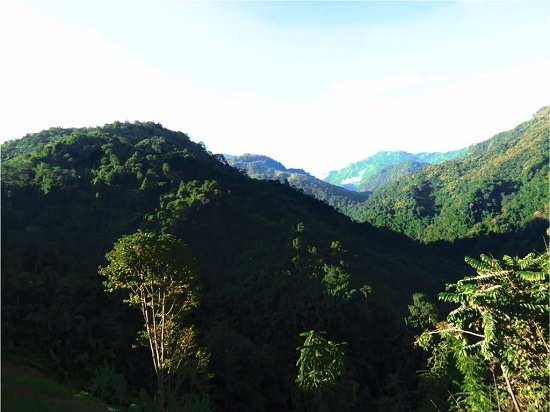 Phom’s first memory of climate change goes back to his days with his grandfather. He would roam the forests and mountains with him to notice that rivers were shrinking, water bodies were drying up, old crops were being sprayed with pesticides, and the quantum of production was going down everywhere.

“Climate change was happening right in our backyard and I could not remain a silent spectator,” he says.

Immersed in both theology and environmental consciousness, Phom was invited to be the executive secretary of the Baptist association in the Longleng district of Nagaland in 2008. Overseeing over 50 churches, he went about sensitizing worshippers on various environmental concerns. Soon, he realized that without a conservation model, it would be impossible to sustain the interest of village elders and student leaders who were acting as eco warriors.

So, in 2008, Phom mobilized various communities in the region to ban hunting and to declare a patch of forest around their village a community biodiversity conservation area. As a religious leader, he read verses from the Bible to educate the locals about re-wilding practices and a more spiritually-conscious approach to nature.

Phom says religion to him has always been “faith in action.” As a spiritual leader he has carved out a distinctive space to think, ideate, and rally indigenous communities for eco-sensitive solutions to climate change. 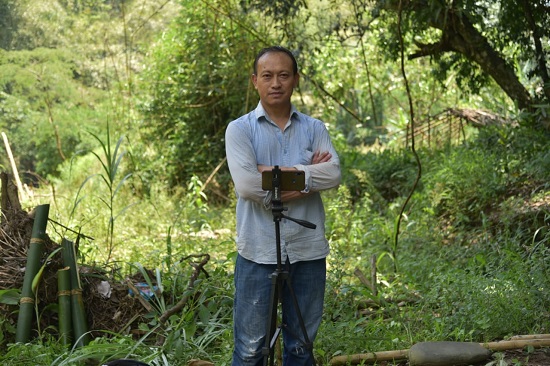 His efforts have borne fruit.

In the community reserve around his village, long-distance migratory birds such as the falcon have started returning; several wild species have been regenerated and hunting has stopped altogether.

“Last year, about 1.6 million migratory birds came to our biodiversity corridor,” says Phom. “The idea is to really listen to our forests, our trees, and to use their help to create a safe haven for wildlife.”

The pandemic has, however, disrupted some of Phom’s plans. He believes virtual meetings over in-person and door-to-door outreach efforts don’t have the same impact. With internet patchy in many areas around his village, it’s also hard to come up with new ideas on sustainable practices and alternative livelihoods.

Yet, the conservationist sees Covid-19 as an opportunity to inspire communities to band together. He sees how they’ve realized that the oxygen crisis would not have been so critical if nature was seen more as an ally.

“The air we breathe here is nature’s gift bestowed on us through community-inspired deeds,” says Phom. “If we stop taking it for granted, it will give us back ten-fold.”

(The writer is an Independent Journalist based in Delhi. She writes for India and US-based media. Views expressed are personal)