Fake News Is Not New, What's New Is The Ability To Spread It So Quickly Through Internet, Says Spotlight Journalist Michael Rezendes 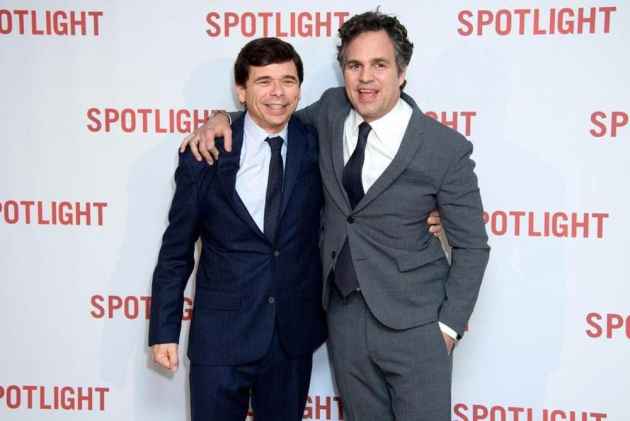 Michael Rezendes was part of The Boston Globe’s Spotlight team which broke the story of the cover-up of sexual abuse in the Roman Catholic church in Boston and New York (Mark Ruffalo played Rezendes in Spotlight which won the Oscar for Best Film in 2015. Ruffalo was nominated for Best Supporting Actor). Apart from this Pulitzer-winning expose on the church, Rezendes has been involved in many investigative stories for the Globe like embezzlement of funds in charitable institutions and the inhuman treatment of inmates in high-security prisons. Satish Padmanabhan met Rezendes at the Jaipur Literature Festival. Excerpts from the interview:

Is investigative journalism on the wane today? The kind of stories the Spotlight team used to break, are they few and far between now?

Well, I am speaking just about the United States, that kind of journalism is definitely possible today and definitely possible at The Boston Globe. You know, we have had some financial challenges and we have fewer reporters than we did sixteen years ago when we published the investigations on the Catholic church. But the paper is devoted to investigative reporting so we have doubled the size of the Spotlight team. In the movie Spotlight as you see we had four reporters, now we have eight. So we are actually doing more investigative work than we ever have before.

There are two reasons for that. One, it’s the right thing to do. We believe that’s our obligation to our readers. The second is we have discovered that it is also good business. We have discovered that people love the Spotlight stories. When I say discovered, what I mean is that we have this new online matrix which tells us definitively which stories are most read and we can figure out which stories generate the most subscriptions. We find that people are spending a lot of time reading the Spotlight stories, they are always the most popular stories on our website and we are generating revenue as people subscribe to bostonglobe.com because of Spotlight.

Is there more pressure from the new regime? As you have had a long, dynamic career as an investigative journalist, is it becoming more difficult to do such stories?

I think there is more pressure than there used to be. I think some people perceive The Globe as not as economically healthy as it used to be. They are emboldened by that fact, to put more pressure on The Globe to soften the findings when it comes to investigative reporting. Yes, there is more pressure these days but we do not yield to it in any way. We would entertain anyone who wants to talk to The Globe about a project that is in process. We hear them out and at the end of the day we try that our findings and how we will present them are not affected by political pressure. Sometimes the pressure will delay a story from being published because we want to hear these people out, but we will not give in to the pressure to hold stories.

What about what is called New Media? Do you think the quality of journalism, especially investigative reporting, is the same in online news portals?

I know the situation is very different here in India where print newspapers are very popular and very healthy, people still don’t seem to want to read a newspaper online. The situation is different in the United States especially in cities where people are more technology oriented. And Boston is one of those cities where people only want to read news online. That’s the reason our subscription to the paper product is dropping while our subscription to the website is rising. I think that’s an irreversible trend in the US.

But there was a time in there too where the main news organizations that were available online were just aggregators. But that situation has changed now. There are a growing number of news portals online that do investigative reporting with journalist who are committed to doing only investigative reporting. This is something that is flowering right now in the United States and one of the reasons is they are not using a ‘for-profit’ model. In other words, they don’t need to sell advertising or subscription in order to survive, in order to hire reporters. What they do is they look for charitable donations. So, people who believe in investigative reporting or people who want good political reporting from a certain geographic area, they would make charitable contributions to these organizations and then they can deduct their contributions from their taxes. These news portals are being set up under the US tax code as non-profit organizations.

But doesn’t that mean as purely commercial ventures they may fail, that there are not enough takers for them?

Well, they are using the non-profit model because they feel the commercial model won’t work anymore. This is an alternative revenue model for investigative reporting and it is working.

What about journalism in the social media, where everybody is a journalist, everybody is reporting, on Twitter or on Instagram? This is perhaps the only time in news history when there is nobody called an editor who decides what goes out as news and what does not.

Well, I don’t believe everybody is a journalist because social media is available. The fact is, everybody is not a journalist. And one of the unfortunate thing in this online social media environment is this confusion between opinion and news. Opinion is not news. There is a great difference between a news organization that can go and find facts, which will lead to the truth, and someone who just goes online on Twitter or Facebook and recites their opinion. There is a dramatic difference between those two things and a lot of people don’t understand that difference.

Is that why fake news is right now the biggest topic in many countries, including yours and ours?

Yes, that’s right. But you know, fake news is not new. There has been fake news for ever. You could say that the Spanish-American War at the turn of the 20th Century was instigating by fake news printed by William Randolph Hearst. There was actually a war caused by fake news over a hundred years ago. So fake news is not new but what is new is the ability to spread massive amounts of fake news very quickly through the internet. It’s a dangerous thing and it places an extra responsibility on citizens to make an effort to find out which news organizations or portals are credible, which are providing news and which are providing only opinion.

I have to ask this, Mark Ruffalo plays your character in the movie Spotlight, were you happy with it?

I love Mark and I don’t think there could have been any other actor in the world who could have done a better job. And Spotlight is a tremendous movie, I would recommend it to any journalist in the world.