The police said that 3,247 kg of washing powder was seized from the factory. 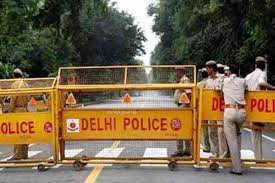 After launching a probe into the matter, Delhi Police on Tuesday finally busted a factory that was manufacturing and selling counterfeit Surf Excel washing powder in  Narela.

According to police , one person was arrested.

The accused, identified as Mukesh Garg (43), was previously involved in several other criminal cases.

The police said 3,247 kg of washing powder was seized from the factory.

The probe was launched upon a complaint that was lodged by Rajesh Kumar  representing  Assiduous Consulting India Limited, regarding manufacturing of counterfeit Surf Excel washing powder.

During interrogation, Garg told the police that he had been in the business of piracy for a long time and also had a shop in the grain market in Narela. He was involved in black marketing of grains.

"His own partner duped him in their illegal business and he suffered losses. After that, he started his own unit for manufacturing and sale of different daily consumable items of well known brands and companies in Bawana and when one of his workers got injured in the factory, Garg was arrested in the case in 2013," the officer said.

After that incident, Garg left Bawana and started a new factory in Samaypur Badli and was arrested in 2018 for production and sale of counterfeit Tata Salt.

He was arrested in 2020 also for production and sale of counterfeit Surf Excel washing powder, the DCP said.

Soon after, he started another factory in Narela where he manufactured the duplicate Surf Excel detergent powder in bulk and sold it in Delhi-NCR, he said.

A total of 2,664 packets bearing labels of the original product have been seized from the factory.