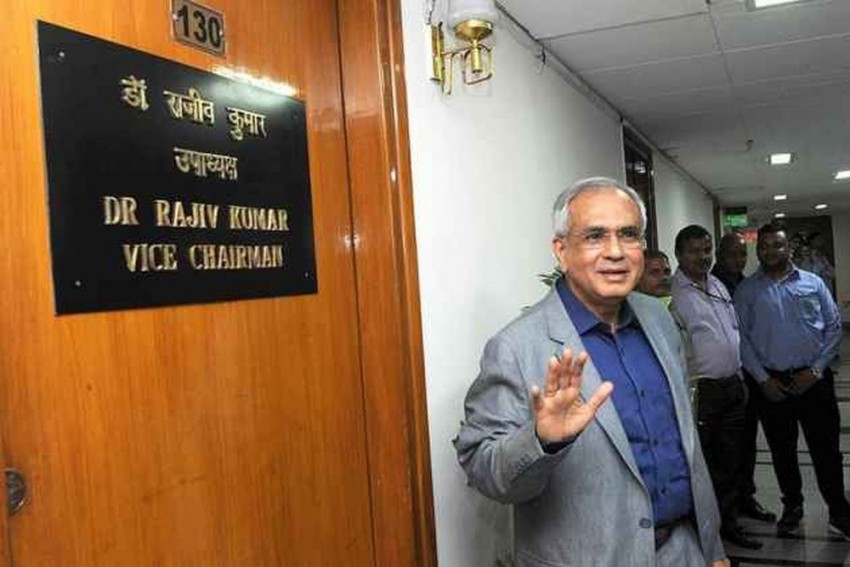 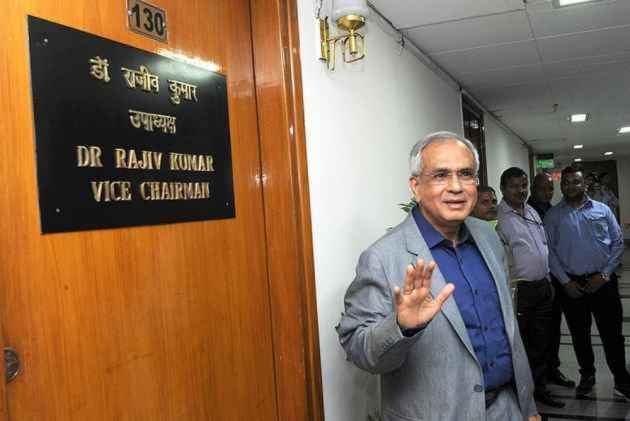 outlookindia.com
2018-08-16T15:26:00+05:30
NITI Aayog vice chairman Rajiv Kumar on Thursday said the falling rupee is not a cause of worry as it is getting back to its natural value.
"The rupee rose by about 17 per cent during the last three years. Since the beginning of this year, rupee has declined by only 9.8 per cent. So, it has recovered. It is rather coming back to its natural value," he said on the sidelines of an event organised by NABARD in New Delhi.
Rupee should be realistically valued and should not be overvalued, he said, adding that the exchange rate is a price which should reflect true equilibrium between demand and supply.
He pointed out that one should not be under the impression that appreciation of rupee is a sign of a good economy.
To a question if the depreciating Indian currency was a cause of worry, Kumar said, "certainly not."
Continuing its free fall, the rupee today slumped 43 paise against the dollar to trade at a life-time low of 70.32 on strong demand for the US currency.
Allaying concerns about state of India's economy, he said, "Our rate of growth is up. Our exports are also beginning to rise. Our agriculture production is up. Our employment growth is up."
While releasing Nabard All India Rural Financial Inclusion Survey, Kumar said India has capability of doubling farm income in the next few year as the Prime Minister promised on Wednesday.
India has already achieved food sufficiency and there is efficient distribution network as well, he said.
Having done this, the country be preparing itself for agriculture export, he said, adding that it would require mind set and analytical change to think as nation which could substantially export agro products.
PTI
For in-depth, objective and more importantly balanced journalism, Click here to subscribe to Outlook Magazine