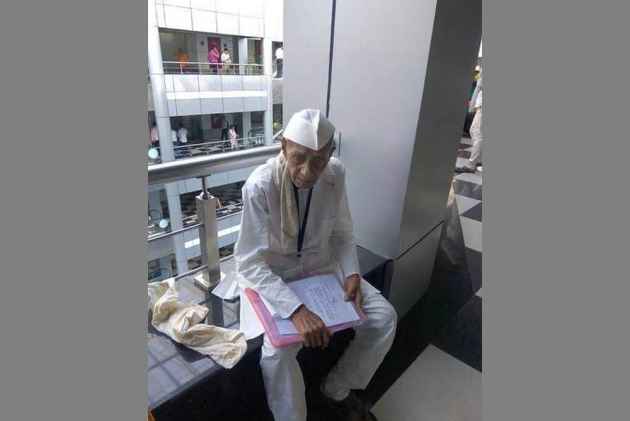 Dharma Patil, farmer in his 80s, who drank poison to protest against the unfair compensation for his land that was acquired for a power project, died at JJ Hospital last night. His family refused to accept the body until the state government gave them written assurance of fair compensation.

“We will leave JJ Hospital as soon as we get government’s assurance in writing. He died to fight this injustice. The neighbouring plot was given Rs 1 crore and 89 lakh for less than two acres but we were paid only Rs 4 lakh for five acres. How is that possible? Our land was fertile, irrigated with a well and mango trees as well. We cannot tell how much money we should get but all we want is fair valuation of the land,” his son Narendra told Outlook. He informed that the village in Dhule district, north Maharashtra was seven to eight hours away and they wanted to leave at their earliest.

Reports say Dharma Patil had been visiting the state secretariat for over three months trying to get compensation for his five-acre land. However, despite several attempts he was not able to make any progress. To protest against the government apathy he drank poisonous chemical at the state secretariat on January 22. He was rushed to JJ Hospital where he underwent treatment but did not survive. His family decided to donate his organs and eyes.

The opposition leaders took to social media to take on the government saying the BJP-led administration has been anti-farmer and has paid no heed to the agrarian crisis.

Farmer Dharma Patil who consumed poison at Maharashtra has passed away. 84 year old was protesting land grab.
Every single day frustrated farmers queue up in Mantralaya. Neither the government nor the media gives them a hearing.

The picture of the octogenarian waiting in the corridors of the secretariat was doing rounds on social media with several activists and leaders pointing to nexus between government officials and politicians.