Fans Will See 'Very Personal' Side Of MS Dhoni In 'Roar Of The Lion': Kabir Khan 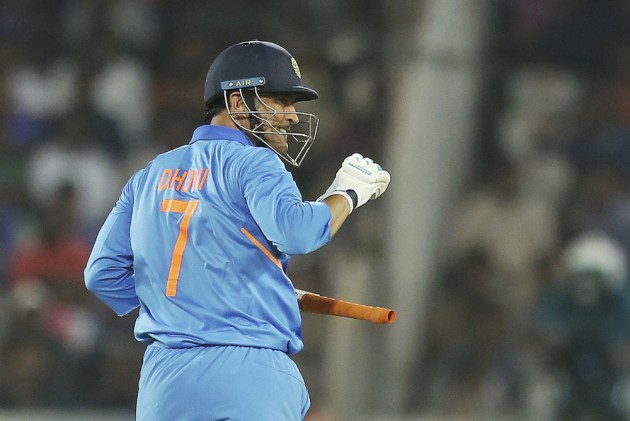 Kabir Khan has documented the fairy-tale comeback of the Chennai Super Kings last IPL season, following a two-year suspension for spot-fixing, in the upcoming, "Roar of the Lion" and the director says the series will see a "very personal" side of cricketer MS Dhoni.

CSK, the Chennai franchise of the IPL, had served a two-year ban for its management's role in the 2013 spot-fixing scandal.

The Hotstar Special docu-series, directed and executive produced by Kabir, chronicles how the Dhoni-led team made a comeback, winning Indian Premier League 2018.

In an interview with PTI, the director says the series is a human exploration, one beyond the obvious, to show what the phase did to the people involved.

"We know all about the broad strokes, the legal side and the uproar. We don't know what was happening to the individuals beyond those headlines. This is a story behind the headlines. Were these headlines affecting Dhoni? Of course, they were, but he never spoke about it, until now," Kabir said.

The critically-acclaimed filmmaker said the series aims to bring out the emotional journey, which the mainstream narrative missed out.

"The controversy was hurting other players but we never heard their perspective. That's what the USP of the show is. It's a story we all know how it played out, but we don't know the details and layers of the emotional journey of the protagonist."

"Our interviews with him on tape lasted sometimes seven to eight hours. He trusted me and had the confidence that I'll be sensitive in the way things are going to be portrayed. He was ready to bare his soul.

"You've never seen Dhoni speak like this. He has always been silent about these matters. You'll see Dhoni in a very personal, emotional way on this series."

The "Bajrangi Bhaijaan" director said the team was conscious regarding the timing of the release, as they needed to bring out the series before the start of the next IPL season.

"Roar of the Lion" becomes the second cricket-related project for Kabir, who is gearing up to shoot his next feature, "83", which chronicles Indian cricket team's iconic first World Cup win.

The director, however, said it is "pure coincidence" that the two projects have cricket as the backdrop.

"Even if I wasn't working on '83', I would've done 'Roar of the Lion' because it was a fascinating and heartwarming story of the triumph of the human spirit. It has a classic sports story graph.

"The most successful IPL franchise has match-fixing allegations against them and the icon of the country: Dhoni. They get banned, they cope with that, come back after the allegations are cleared, build a team which is ridiculed and go on to win again. How could I not have done this?"

"Roar of the Lion" starts streaming on Hotstar from March 20.