It may sound a bit naïve and virginal, but let me list the 10 things I have learnt as a first time MP. 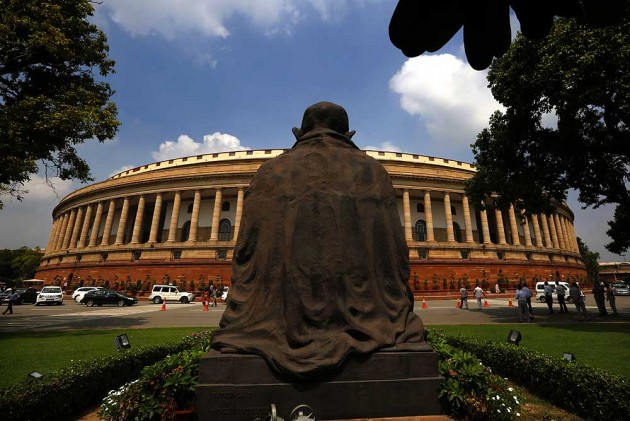 As an appointed member from the field of arts and culture, I came here with no baggage or allegiance but I go away weighed down by all the information my tenure has taught me. It may sound a bit naïve and virginal, but let me list the 10 things I have learnt as a first time MP.

1. That the phrase 'frogs in the well' must have originated from here since the well of the house is where everybody rushes to when they want to make a point.

2. That character assassination begins at home, or in the house. I have seen more muck been racked up in the house than in a community cowshed. It is as if libel and the defamation Bill do not exist. Sonia Gandhi has taken kickbacks in the Agusta-Westland deal (This from the PM), she is the driving force behind all deals (Subramaniam Swamy) and has a son in law (Robert Vadra) which the treasury benches suggest is a criminal act.

3. That passing the GST Bill is like trying to find water in Bundelkhand, despite Mr Jaitley announcing its arrival every couple of weeks.

5. That it is possible to be a Rajya Sabha member and not attend any sessions or ask any questions. Apparently there are rules against this but it does not apply if your name is Sachin or Navjot or Rekha.

6. That the Speaker of the House actually is left speechless for most of the session thanks to the level of debate and the decibel level.

7. That you cannot resign from the Rajya Sabha before your terms ends, you have to wait to be expelled by the Ethics Committee of the Upper House, but not before they issue you a diplomatic passport and pay your telephone allowance.

8. That Arun Jaitley and Jairam Ramesh are the Laurel and Hardy of the Upper House, always trying to trip each other up with wit and sarcasms. With Ramesh gone, the Rajya Sabha is left with Venkaiah Naidu's one liners which seem to be going from bad to verse.

9. That the best time to watch Rajya Sabha TV is when Sharad Yadav is baiting women in his typical misogynistic manner and Smriti Irani, eyes blazing and bosom heaving, counters. It may not be the best example of parliamentary debating but it can certainly liven up a dull afternoon.

10. That the best time to take a bathroom break is when Home Minister Rajnath Singh gets up to speak. He tends to ramble and his long-winded verbal deluge can be torture, so much so that Sitaram Yechury once said: "I must congratulate the minister…He has been replying to our questions for so long and now we are all tired. It's a great tactic."

It's also a great experience being face to face with so many great speakers apart from the designated one. My only regret is that I never got to hear them because of the frequent adjournments.