With over 60k followers on Instagram, 'Trolley Times' was started a year ago as a platform for alternate voices that are not heard on traditional media portals today. 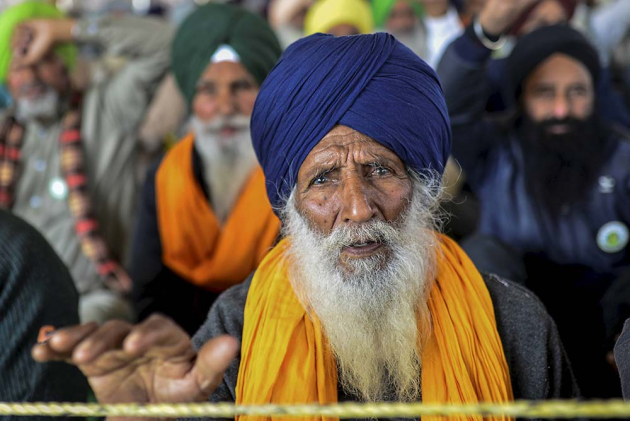 The editors of Trolley Times were discussing their upcoming issue, a first-anniversary special, when Prime Minister Narendra Modi announced that the government had decided to take back the three contentious farm laws.

"We were discussing our next edition for which we were planning to do a lot of ground reports from Punjab and Uttar Pradesh on the political ramifications of one year of agrarian protests," says Navkiran Natt, one of the four editors of Trolley Times.

And what happens to that issue now that the Prime Minister has announced that the farm laws will be taken back?

"Our issue has become even more pertinent now, isn't it?" Natt says. This uncanny ability to be prescient has in a way defined the year-long journey of Trolley Times, which was conceived by a group of writers and activists to spread awareness about agrarian issues and the ongoing protests, in November last year. The newsletter has been right on the money over the past 21 issues. From an unknown entity when it started from Tikri border on November 26 last year, the total viewership of each of its editions, its editors claim, has grown to 1 lakh. Of this number, the circulation of their print edition is around 7000.

The newsletter has grown so quickly (Trolley Times has 60k followers on Instagram) because people were waiting to alternate voices, its founding editors say. Voices that are not heard on traditional media portals.

“In the first few months we understood how consent was being manufactured by large media houses, how propaganda was being spread through Whatsapp messages. We wanted to create a democratic space, a people’s medium within the resources we had. And as soon as we did that people began asking for more,” says Jasdeep, the editor of the Punjabi section of the newsletter.

But why call it Trolley Times?

“The thing is that farmers had come on tractor trollies to Tikri border to participate in the protests. These tractor trollies were lined up till as far as 15 km from where the stage had been sent. A lot of farmers couldn’t hear what was going on, on the stage. They weren’t aware of the decisions that the farmer leadership was taking. That’s why we decided to launch this newsletter, to hand it over to the farmers in the trollies. That’s why we decided to call it Trolley Times,” says Jasdeep. A total of six people, including Natt and Jasdeep, run Trolley Times.

One of the ground realities that the newsletter has reflected is the growth of women among the activists and protestors. “This protest is not like anti-Citizenship Amendment Act protests which were led only by women but still, the farmer protest threw up a lot of women leaders and participants. We have worked to show this change through our newsletters. In deeply patriarchal states like Punjab and Haryana, women have emerged as a force. Farmer protests have helped politicise and empower women,” Natt says.

But with the farm laws being effectively repealed, will the people behind Trolley Times continue doing their work?

“Absolutely. There will be a lot to discuss after the Prime Minister’s announcement. We will ask our contributors to send their ground report and analysis. As far as we understand, the Prime Minister is under a lot of pressure. Besides, we are considering working harder on bringing out a dedicated arts and culture page. We feel that there is no other outlet that focuses on agrarian issues. No newspaper has agriculture as a beat anymore. So, we are only going to grow from here we feel,” says Navkiran Natt.