Farooq Takla Key Facilitator Of Those Accused Who Left India Before And After Mumbai Serial Blasts: Officials

Takla used to facilitate the travel of men from Dubai to Karachi without immigration checks, for their training in making bombs and use of sophisticated weapons, they said. 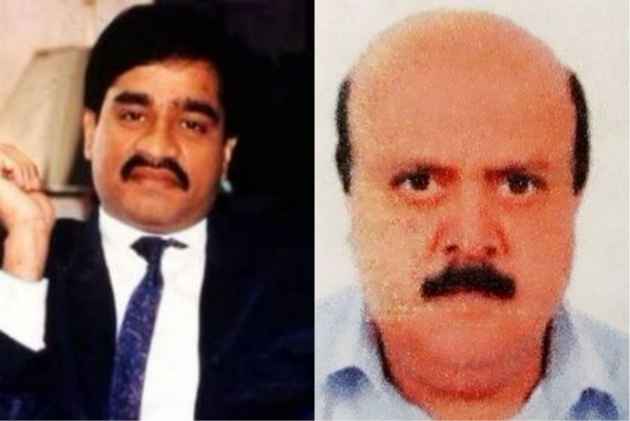 Fugitive mob boss Dawood Ibrahim's aide Farooq Takla was a facilitator for those key accused who left the country before and after the 1993 Mumbai serial blasts, officials said on Thursday.

They also said Takla used to facilitate the travel of men from Dubai to Karachi without immigration checks, for their training in making bombs and use of sophisticated weapons.

Takla, 57, was arrested in Delhi by the CBI on Thutrsday upon his arrival from Dubai.

He was a hawala operator in the Gulf since early 1990s and had not taken shelter in Pakistan, like his mentor Dawood, a security official said.

The gangster had left Mumbai after a bitter rivalry with the Arun Gawli gang.

In September 1992, Shailesh Haldankar of the Gawli gang was killed by the Dawood group while he was recuperating in JJ hospital.

It was allegedly done to revenge the killing of Dawood's brother-in-law Ibrahim Parkar, who was killed near his residence in 1992 allegedly by two members of the Gawli gang.

Takla was a key facilitator for stay and opening businesses for all the 1993 Mumbai blasts accused, who had left India before and after the attacks in the metropolis, the official said.

While Dawood and his family, another Mumbai blasts accused Tiger Memon and his family had left Dubai after a few years and taken shelter in Pakistan, Takla continued to live in the Gulf with his ever increasing 'hawala' trading, another official said.

Takla has been mostly operating from Dubai and a few other places in the Gulf with an assumed name.

The CBI had got the Interpol to issue a Red Corner Notice against Takla in 1995.

Mohammed Farooq, better known as Farooq Takla, arrived in Delhi from Dubai and was arrested by the CBI when he was at an immigration counter at the Indira Gandhi International Airport this morning.

While the CBI declined to comment on how he reached Delhi as an Interpol Red Corner notice was pending against him, officials said Farooq was deported from the UAE with the help of central intelligence agencies and put on a flight to Delhi.

Officials said India's engagements with the West Asia have increased in last few years and the results were showing with the deportation of several gangsters and wanted terrorists in recent past.

Police officials in Mumbai who investigated the 1993 serial blasts case said Farooq was a big catch for the probe agencies as he was among those who were aware of the serial blasts conspiracy.

Dawood and Tiger Memon had sent some people to Dubai from India much before the serial blasts, to provide logistical support to those who were to be trained for executing the blasts.

Farooq used to send men from Dubai to Karachi and back, without immigration checks with the help of Pakistani intelligence agency ISI, claimed Suresh Walishetty, a retired assistant commissioner of police, who was one of the investigating officers in the serial blasts case.

Farooq, who was camping in Dubai, used to take men to Karachi and from there to the training centres, he claimed.

These men were then provided training by the ISI about planting a bomb, mixing RDX (an explosive) and firing with sophisticated weapons, Walishetty said.

After completion of the training, it was Farooq's responsibility to take them to the Karachi airport and bring them to Dubai without any stamp on their passports, he said.

Because of this, investigators of Mumbai police were not able collect evidence of the movement of men from Dubai to Karachi for the training purpose, he said.

Farooq would be produced before the designated court hearing the case of 1993 serial blasts in Mumbai.

The blasts shook the financial capital of the country, leaving 257 dead and damaging property to the tune of Rs 82 crore.

Immediately after the blasts, Dawood, who was the main accused in the case, and others escaped to Dubai and later to Pakistan.

India's sustained campaign against Dawood was finally acknowledged by America in 2003 when the US Treasury department declared him a global terrorist having links with al-Qaeda. He also faces sanctions from the United Nations under its anti-terror resolution.

Vindicating India's position that Pakistan has been sheltering Dawood, the treasury department had said he was in Karachi and possessed a Pakistani passport under the individual category.