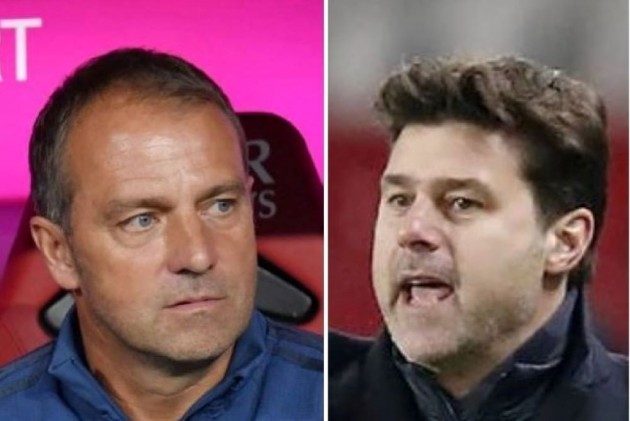 Hansi Flick does not expect there to be any lasting effects of last season's Champions League final in either the Bayern Munich or Paris Saint-Germain camps ahead of their quarter-final tie. (More Football News)

Former PSG winger Kingsley Coman grabbed the only goal in August's delayed final in Portugal to deny the Ligue 1 giants their first European crown. It was the only time in 43 Champions League games PSG have failed to score.

They will get their chance for revenge this year as Bayern again lie in their way in the last eight, the German, European and world champions hosting the sides' 10th meeting in the competition in Wednesday's first leg.

But Bayern coach Flick, still unbeaten in the Champions League and looking to extend his team's undefeated run to 20 matches, considers this a whole new challenge against Mauricio Pochettino's men.

"I don't know how the opposition feel, but we don't find [the final] relevant," Flick told a news conference. "It's a new game, a new team, Paris have a new coach, so it's a whole new situation.

"We're in the Champions League quarter-finals and we want to make it to the semi-finals, so we have to be very concentrated in both games. That's our aim and that's our job." 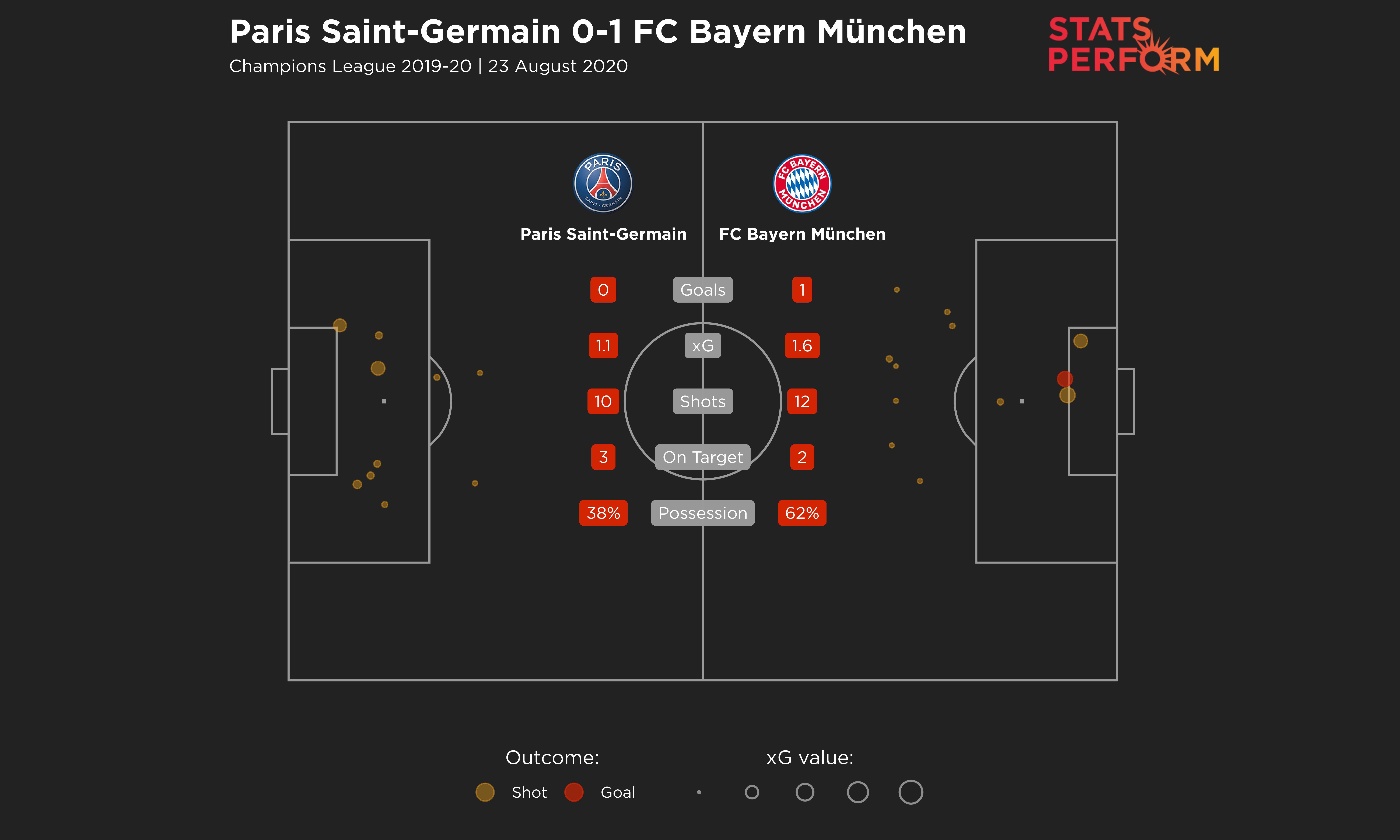 But for all the changes, PSG's main men remain the same in Kylian Mbappe and Neymar, so Bayern must again take a similar approach.

Flick called for his side to be disciplined with the ball and energetic without it, although he also wants Bayern to show greater ambition going forward.

Leon Goretzka's strike claimed a decisive 1-0 win at RB Leipzig on Saturday, but the home side outshot the champions 14-9 and matched their expected goals total of 0.6.

"When we're in possession, we need to maintain our positions," Flick said.

"We have to always keep in mind that we can lose the ball and that we then have to regain possession as quickly as possible. Our positional play is going to be very important.

"What is crucial is that we don't focus maybe too much on losing the ball but that we play with confidence.

"We have to attack with confidence - we have to be a little more confident, more purposeful than we were in Leipzig.

"In the first 15, 20 minutes in Leipzig, we weren't decisive enough, we didn't attack with enough vigour - the same happened at the beginning of the second half. There will be situations for us that we have to use better than we did against Leipzig."

Goretzka stepped up in Robert Lewandowski's injury absence against Leipzig, and Serge Gnabry, who has a sore throat, will join Bayern's number nine on the sidelines. 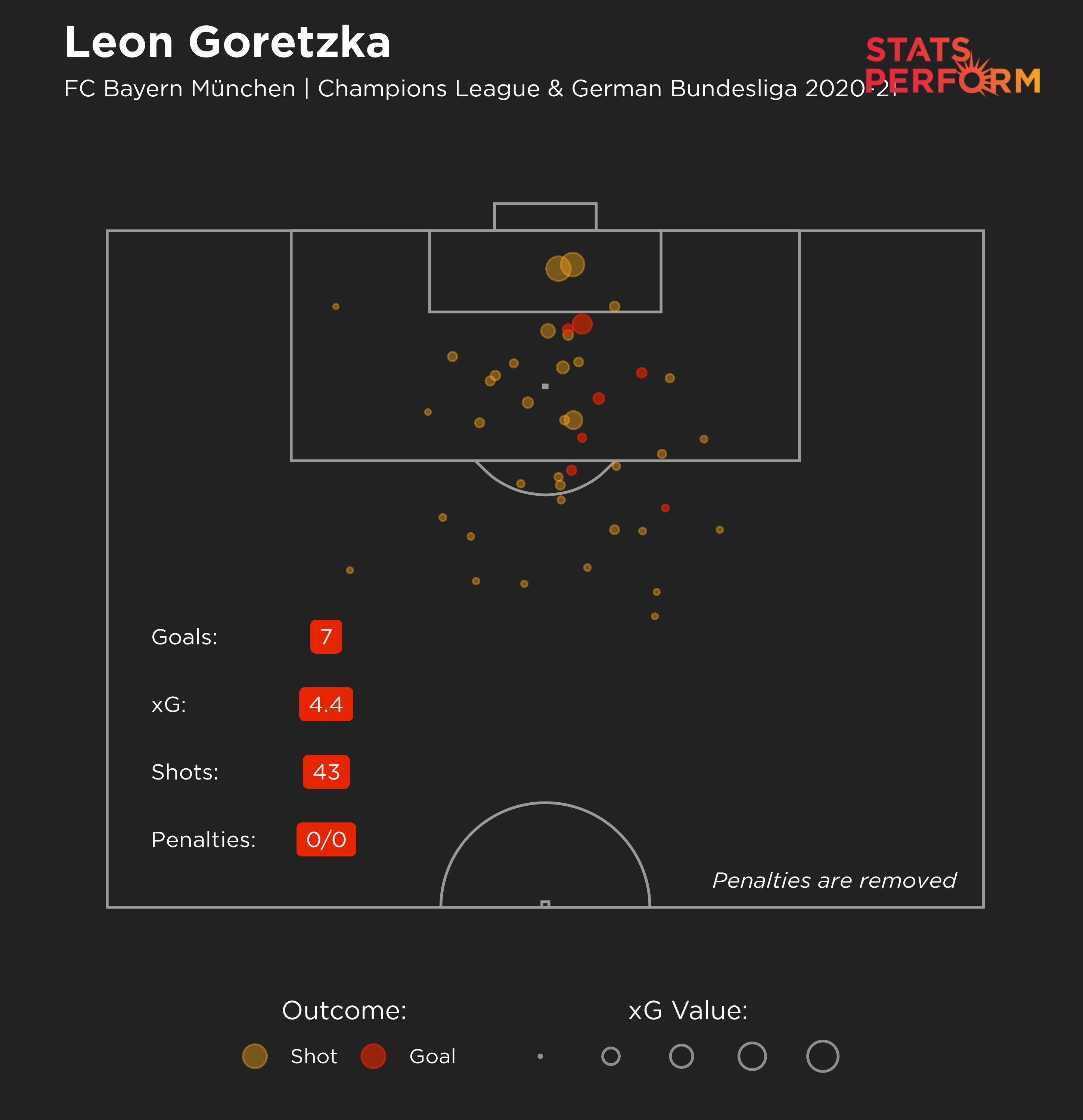 Flick has more options in defence, where Jerome Boateng is a candidate to return despite reports his contract will not be extended.

Boateng, who has played 30 times this season, makes more interceptions (1.6), blocks (0.7) and clearances (2.4) per 90 minutes than either Niklas Sule or the outgoing David Alaba.

"I don't think I have to comment on everything that's in the media," said Flick, whose side will be boosted by the close-season arrival of Dayot Upamecano.

"I'm just going to leave it as it is. We'll see in the next couple of weeks if this particular news item is true or not.

"I honestly don't really want to comment on this going into tomorrow's game. Probably, I won't want to talk about this speculation after the game after either.

"For a coach and our coaching staff, it's a great situation to be in to have a player that is as experienced, as good, with that quality."