Karl-Heinz Rummenigge has stated it is a "fact" that Hansi Flick will remain in charge of Bayern Munich next season. 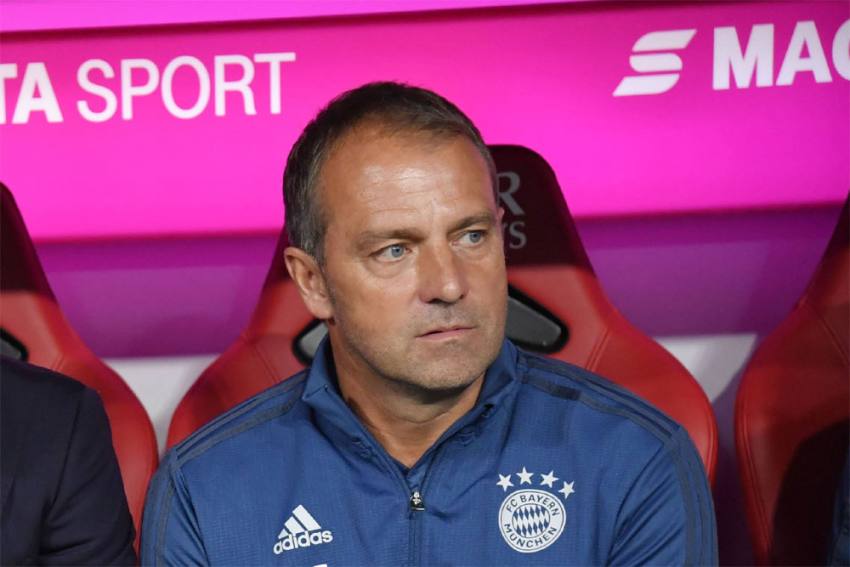 Hansi Flick will not be leaving his post at Bayern Munich any time soon, according to the Bundesliga giant's chief executive Karl-Heinz Rummenigge. (More Football News)

Flick, who won a remarkable sextuple in his first year as Bayern's head coach, has been mooted as the DFB's preferred successor to Joachim Low, who will end his tenure as Germany boss following this year's Euros.

The 56-year-old was Low's assistant coach for almost eight years, from August 2006 to July 2014, leaving his role after Germany's World Cup triumph.

Bayern have been the form side in Europe in Flick's time in charge, and despite a shock exit in the DFB-Pokal earlier this season, are still well in the hunt for a Bundesliga and Champions League double.

Robert Lewandowski scored a first-half hat-trick as Bayern made it six wins on the bounce on Saturday by thrashing Stuttgart 4-0, with a potentially decisive top-of-the-table clash with RB Leipzig up next after the international break, before the Bavarians take on Paris Saint-Germain – who they beat in last year's final – in the Champions League.

However, amid the speculation over who will take over from Low, Rummenigge has insisted Flick is going nowhere.

"I told him that we are very satisfied with him," Rummenigge told German publication Welt am Sonntag when asked about Flick's future.

"We are well advised to finish what we have agreed in the contract. I told Hansi that in no uncertain terms.

"[This has] nothing to do with probability. That is a fact."

On Saturday, Low hailed Flick as a potentially perfect candidate to replace him, though when asked for his thoughts on Low's praise, Bayern's coach replied: "It hasn't changed anything about the whole thing. There's nothing more to say about that."

Flick is under contract with Bayern until 2023, and Rummenigge also claimed that the DFB had confirmed they do not wish to appoint a coach that is already tied to a club.

If Rummenigge is to be believed, this would also rule out moves for Leipzig's Julian Nagelsmann and Liverpool manager Jurgen Klopp.