Heavy monsoon rain is compounding the risk of disease outbreak, with field doctors reporting a huge spike in cases of severe diarrhoea, especially among children. 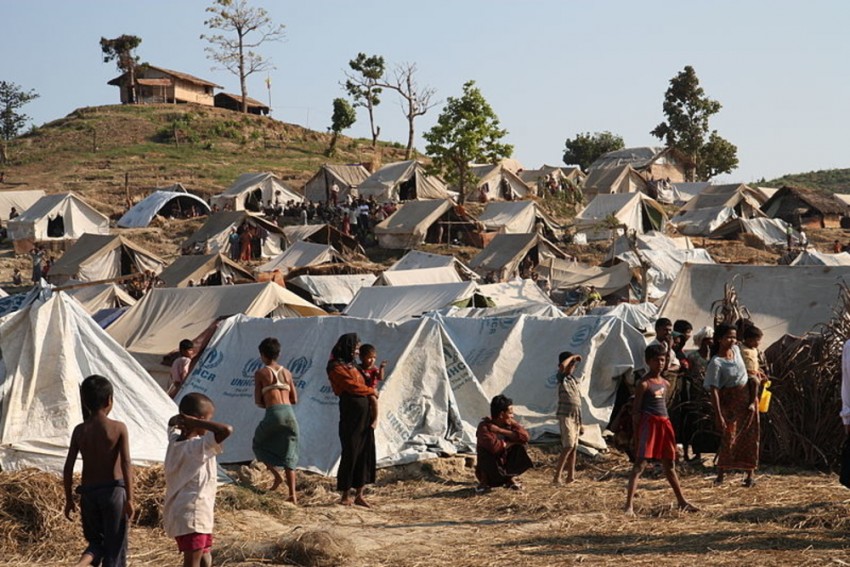 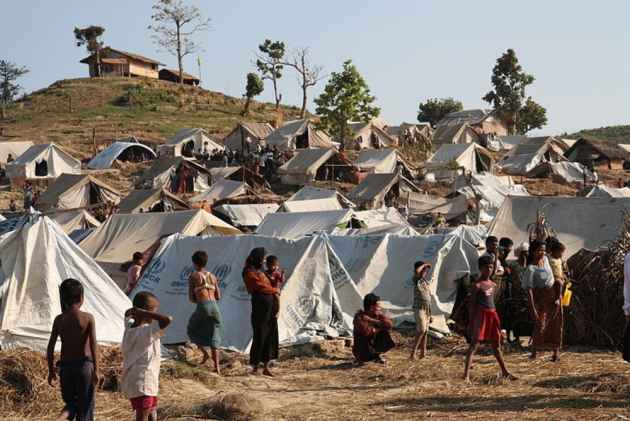 Rashida Begum steers clear of the water pump near the reeking latrine shared by more than 100 families in a grim corner of Bangladesh that has grown into one of the world's largest refugee settlements in just weeks.

"The pump works, but the water stinks, so we don't drink it," the Rohingya woman said in the squalid camp where her family of 11 has lived since fleeing Myanmar a fortnight ago.

The UN has warned of a humanitarian "nightmare" unfolding in Bangladesh's refugee camps, where half a million people have taken shelter after fleeing violence in Myanmar in unprecedented waves.

With a lack of clean water and toilets, aid workers say a major health disaster is imminent.

Heavy monsoon rain is compounding the risk of disease outbreak, with field doctors reporting a huge spike in cases of severe diarrhoea, especially among children.

The near daily torrential downpours send streams rushing through areas where tens of thousands openly defecate every day. For some, this murky runoff is their only source of drinking water.

A stench of excreta hangs in the air on the outskirts of Kutupalong, a camp that already housed tens of thousands of refugees before the latest influx saw it mushroom into a fetid tent city stretching for miles.

At a field clinic, a long queue of refugees waiting to see the only doctor available stretched beyond the tent into the pouring rain.

Dr Alamul Haque sees upwards of 400 patients a day and looked exhausted as he described the spiralling number of children presenting with water-borne illnesses.

"Earlier parents were bringing one or two children with them. Now it's three to four," Dr Haque, from Bangladeshi charity SDI, told AFP.

"It's been raining, so human waste is running everywhere. There is a high chance of a diarrhoea epidemic here."

New groundwater wells are being dug quickly across the camps, which stretch along the Cox's Bazar district bordering Myanmar.

But there remains a serious shortage of fresh water, with the sheer scale of the disaster -- described as one of the fastest-growing refugee crises in years -- outpacing aid efforts on the ground.

"There are long queues whenever we go to collect water. There are far more people than there is water," said one Rohingya man, knee-deep in mud as he dug a pit latrine on a hillside.

At Unchiprang, a enormous hillside shanty town of nearly 30,000 people, close to three-quarters of a million litres of water needs trucking in every day. But the roads are virtually impassable, hampering delivery.

Further down the coast at Nayapara and Leda camps experts warn existing water sources will run dry by January.

But sanitation is a more immediate concern.

Toilets are being filled as fast as they are being built, forcing people to defecate wherever they can.

"There are hundreds of people queued for the toilets. It's a big problem, especially for the children," Hasina Begum, an elderly Rohingya woman, told AFP.

"There are other toilets on the hillsides, but they're basic pits. They're filled up now, and stink, so nobody uses them."

The Red Cross says camps are teetering on the precipice of a full-scale health disaster.

Conditions are ripe for an illness like cholera to tear through the densely-populated camps, experts say, where refugees live cheek by jowl.

"The risk of there being an acute, watery diarrhoea epidemic is real and serious," said an international health and sanitation expert, who asked not to be named because they were not authorised to speak to media.