The scare would have come at a time when there was a bird-flu outbreak in the state and a state government official refused to answer whether the decision was taken with Vibrant Gujarat in mind. 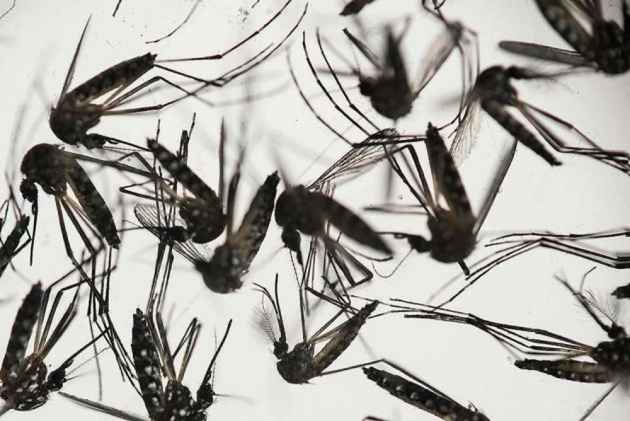 Did the Gujarat government delay in putting out the news of the first cases of the Zika virus in India due to fears that it could hamper the Vibrant Gujarat summit earlier in 2017?

A report in The Ahmedabad Mirror today seems to suggest so.

After the WHO confirmed three cases of Zika in Ahmedabad on Saturday, the report quotes a former state health official questioning whether other such cases were swept under the carpet to allay fears. Countries across the world had issued travel advisories to their delegates keeping Zika in mind.

“This is serious, especially coming at the time of Vibrant Gujarat where even foreign delegates can be affected. You are playing with the lives of people,” the former health official told the Mirror.

He reportedly added that even if a confirmation was not put out by the government, a health alert should have been sounded. He told the tabloid that the AMC should have done the job but “here the corporation itself was kept in the dark.”

The report comes at a time when there has been speculation about why the government had not sounded an alert in the matter earlier. From a legal perspective, it also has a quote from an advocate who says it is the public’s right to know.

When asked, the state government told the tabloid that the Health Ministry had spoken about the matter in Parliament in March. However, only one case was mentioned by MoS Anupriya Patel in March.

The government also confirmed to The Times of India that they did not reveal the cases to the public on purpose. “So the government consciously did not go public with the cases. Our BJ Medical College lab informed the National Institute of Virology (NIV), Pune, which in turn informed ICMR and the Union government as per protocol,” Chief Secretary J.N. Singh told the newspaper.

He reportedly told the TOI that there were no fresh cases and that the earlier cases were fine and leading normal lives. The scare would have come at a time when there was a bird-flu outbreak in the state and he refused to answer whether the decision was taken with Vibrant Gujarat in mind.

“The routine laboratory surveillance detected a laboratory-confirmed case of Zika virus disease through RT-PCR test at B.J. Medical College, Ahmedabad, Gujarat. The etiology of this case has been further confirmed through a positive RT-PCR test and sequencing at the national reference laboratory, National Institute of Virology (NIV), Pune on 4 January 2017 (case 2, below). Two additional cases (case 1 and case 3), have then been identified through the Acute Febrile Illness (AFI) and the Antenatal clinic (ANC) surveillance,” the release added.

The WHO says that the "Indian Council of Medical Research (ICMR) has tested 34 233 human samples and 12 647 mosquito" in all. 500 of those samples came from Bapunagar, Ahmedabad.

The Vibrant Gujarat Summit in January this year had participants from 100 countries with 12 partner countries and over 2,700 international delegates. The state government has signed over 24,000 MoU’s worth close to Rs 30 lakh crore from the eight summits which began when PM Modi was Chief Minister of the state in 2003.