A study conducted by Azim Premji University has found that the Covid-19 pandemic has pushed 230 million Indians into poverty in the last one year alone. 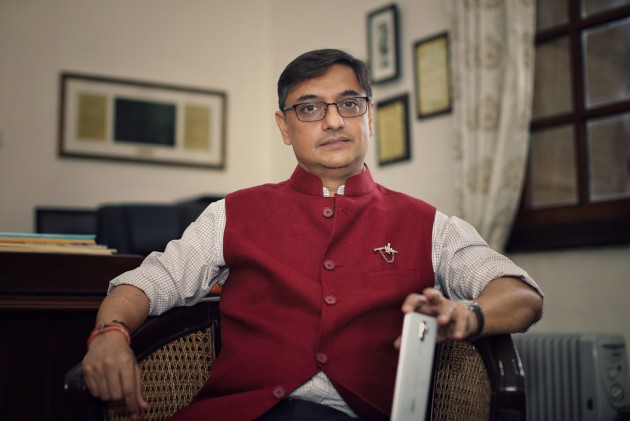 In a post-Covid world, to tackle the growing income and wealth inequalities, a purely neo-liberal approach would not work because there is need of government intervention where necessary, the government's principal economic adviser Sanjeev Sanyal told Outlook Business in an interview.

"In a complex systems approach, we allow for a lot more churn. That's why, what you do is you invest into deregulation, which is what the neo-liberals will also argue for, but in certain areas we'll be interventionist. So it's not an laissez faire approach," Sanyal said.

A study conducted by Azim Premji University titled State of Working India 2021: One Year of Covid-19 found that the Covid-19 pandemic pushed 230 million Indians into poverty in the last one year alone. Rural poverty rate was up by 15 percentage points while urban poverty increased by 20 points.

"The number of individuals who lie below the national minimum wage threshold (Rs 375 per day as recommended by the Anoop Satpathy committee) increased by 230 million during the pandemic," said the report.

The report stated that throughout the eight-month period between March and October, an average household in the bottom 10% lost Rs 15,700, or just over two months' income. It observed that despite incomes falling across the board, the pandemic had a far debilitating impact on poorer households. In April and May, the poorest 20 per cent of households lost their entire incomes.

In his Independence Day speech, Prime Minister Narendra Modi had announced Rs 100-trillion Pradhan Mantri Gatishakti Bharat Master Plan to boost integrated infrastructure growth. In his speech, he also applauded startup unicorns for their role in wealth creation. He promised that that the government would come up with an e-commerce platform for trading of products manufactured by women self-help groups in villages.

"This is quite a different philosophy than the Amartya Sen approach, where people are poor and remain poor forever as complicated and leaky transfer programs are created. Ours is to create opportunity, but that requires you to do some basic hand holding. So for this, we are very much in the in the markets school, but supply siders. But we are supply siders without being neoliberal," Sanyal said.