Modern technology has completely reshaped the entire education system, with digitally empowered classrooms over the internet have made education available to everyone. 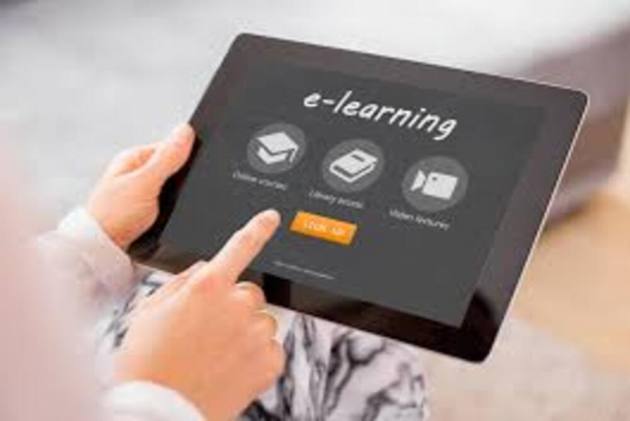 Technology subjugated every aspect of the social order and is now the life and blood of modern society and will be for a long time to come. It will re-develop again and again to cater to the new needs of changing society. The iGen – those born in or after 1995, cannot imagine life without technology.

With the advent of technological innovations across industries, the education sector turns out to be the most influenced. In-fact, technology has been playing a prominent role at the forefront of education ever since learning and development came into being, right from carving symbols and figures on walls of caves, to Gurukul education where the students were taught the use of the technology prevailing then, to using of artificial intelligence (AI) and virtual reality (VR).

Modern technology has completely reshaped the entire education system. The digitally empowered classrooms over the internet have made education available to each and everyone who wants to learn across the world, anytime, any subject and anywhere. There is no limit to the strength of the classroom. Unlike physical classrooms that are limited to a maximum of sixty students, any number of students can access the virtual classrooms. When it comes to learning, there is an unlimited amount of knowledge available at no cost to an economically viable price.

Interestingly, according to Wikipedia, YouTube has more than seventy lakhs of educational videos, and besides, there are a lot of other educational websites that have various knowledge-sharing pages provided by respected subject experts in every field.

The effect of technology on the students

Not long ago, education was pertained to the reading of books and listening to teachers which were boring to many students and tiresome to teachers. Some educational institutes tried to introduce activity-based education which of course motivated the students and increased the interest level to a certain extend, but the effect was not as expected.

The education using modern technology like Augmented Reality, Virtual Reality and Artificial Intelligence has made learning more collaborative and engaging. An article by Schindler et al., 2017  states that Technological application in education engages the student to involve in high-order thinking, develop communication and discussion, and reflect on the gist of the content. It also enhances digital competency. Another research established that the implementation of technology in the classroom has enhanced the motivation of the student to understand and accomplish the tasks (Mistler-Jackson & Songer, 2000).

Undoubtedly, technology increased the interest in learning by many folds and modern technology helped the student improve their critical thinking and analytical skills which is very much necessary to face any kind of challenge. It has not only helped the students to become successful but also to excel. This is not only for schools but also for higher and professional studies.

Marc Prensky [Educational Author 2001] noticed that an average student spends less than five thousand hours reading in his entire life but more than ten thousand hours playing digital and online games. He also stated that the students of the present are no longer the ones our traditional education system was designed to teach.

Other researchers such as Pucel and Stertz [2005], Crowe [2004], Lu and Gordon [2009], have recognized that technological education method is needed than traditional education.  The National School Boards Association [2007] recognized technological proficiency as an essential learning tool of the twenty-first century. A remarkable statement of John Dewey “If we teach today’s students as we taught yesterday’s we rob them of tomorrow” (Agnello, White, & Fryer, 2006) sums up the importance of technology in the education system.

Challenges in implementing technology in the schools and collages

Jung pointed out the challenges, the traditional classroom teachers have to face due to rapid shift and use of technological methods in the classroom and about the expansion of the knowledge base available. Gressard and Loyd (1985) said that the attitude of teachers towards technology and technical gadgets is the main factor in implementing Information technology in the education system. They also pointed that not all teachers are keen on technological methods.

Another point is that they have to be trained to upgrade themselves to be in line with upcoming technology. Most of the teachers from GenX feel that it is hard to learn the complicated technology and blackboards are much simple. They believe classroom education involves emotional binding that helps in being good humans. The teachers of millennials though not new to technology are busy and lack time to upgrade themselves. The other barriers are lack of resources, limited or no access, low expertise, limited support and lack of time. Butler and Sellbom (2002) and Chizmar & Williams (2001) stress reliability and hardware compatibility and internet issues. Technology is growing at an exponentially faster phase which means a gadget bought today may become less useful or not at all in three months. Upgrading those needs money, time and expertise.

Many believe that technology in the education sector would make students more attached to machines and less socially able. We can see that the children of iGen spend more time with cell phones and other gadgets. Even a baby less than a year becomes calm and is more attracted to the cell phone display. Studies are going on as to how it would affect the brain but for now, artificially intelligent machines are in a major role.

The good part is kids get easily adapted to technology. Software programming is becoming the favorite subject for kids these days. They could learn, analyze and create a software program even before they turn into teens. This proves that the brain is slowly evolving from its present state to a higher state of understanding machine language. There are also a lot of social groups online related to every field where the students interact with others with the same mindset. Group discussions and knowledge-sharing blogs are increasing so it is not fully right to say that society is becoming less socially able. It is only that the medium of communication has taken a different platform.

A good learning technological media can be something that is easily accessible in any place. It should be easy to use by an average person with limited knowledge of computers. It should be highly interactive, fun and work on low bandwidth and should not take lots of time to load, and should be able to upgrade itself from time to time.