The story of humans and dogs date back over fourteen thousand years, and like any relationship, has matured over time. They have evolved from mere guards, to essential companions and now to saviors’ and healers. 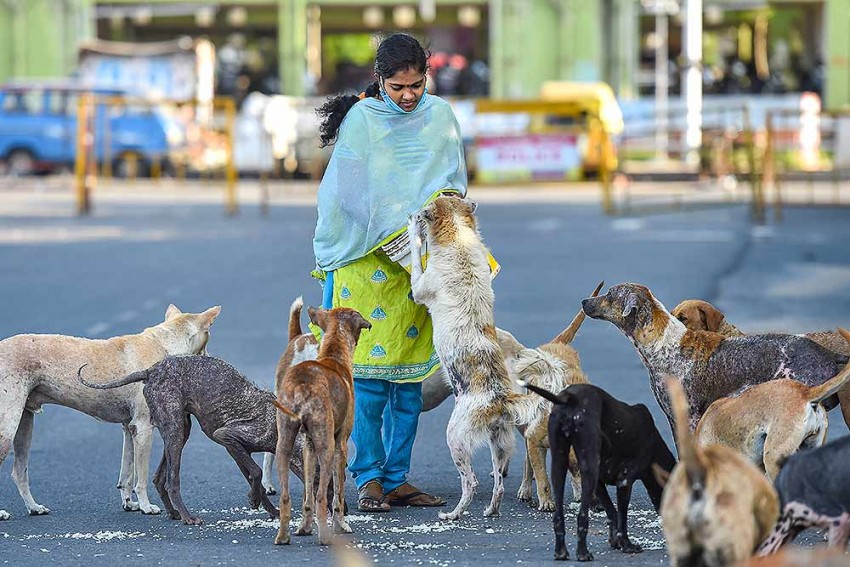 Mr. Denning wasn’t feeling that great. He just wanted to lie down. He went into his room and shut the door. The room started swimming, and the last thing he remembered before he passed out was that he had to get to the bed. While Mr. Denning lay unconscious in his room, his wife and daughter were in the living room. His daughter was visiting and had brought her dog and he began barking furiously. He normally wasn’t particularly fond of Mr. Denning and stayed away from him during their regular visit.

The family tried to shush the dog as they thought Mr. Denning was asleep, but he kept barking incessantly. He then ran up the stairs to Mr. Denning’s room and began scratching at the door. The family pulled the dog back, but he ran right back up and kept barking. Mrs. Denning then opened the door to apologize for the noise when she discovered Denning unconscious on the floor. The emergency personnel barely got there in time, and on arrival to the ER he was found to have a massive internal bleed. His heart stopped during the resuscitation, and he ended up with a pacemaker, but he made it. His daughter’s dog had saved his life.

The story of humans and dogs date back over fourteen thousand years, and like any relationship, has matured over time. They have evolved from mere guards, to essential companions and now to saviors’ and healers. The first documented search dogs, were the St. Bernard’s, named after the monastery/hospice on the summit of the Great Barnard pass. The dogs would accompany monks searching for lost travelers, who were sometimes buried in avalanches. The dogs with their sense of direction and smell would soon be guiding the monks in finding people. The dogs. Dogs were used in the first world war by red cross to find wounded soldiers. In the second world war, dogs were routinely used to find people trapped in buildings.

It was in the late 1960’s that dogs began being used for civilian purposes, predominantly for finding people who were lost. Their job description continued to widen. They have worked as cops, DEA agents, crime units, assassins, guides for the handicapped and local security detail. Over the past decade there has been an interest in dogs as medical personnel for diagnosing disease.

How do dogs diagnose disease and how can they be trained? Dogs have a unique sense of smell. A dog can detect substances at concentrations of one part per trillion, how powerful is that-they can detect a drop of liquid in 20 Olympic size swimming pools. Disease cause subtle change in odors, and dogs can be trained to recognize these odors. Not all dogs can be trained at this, just like not all humans are not cut out to be doctors.

Dogs have been trained to detect cancer. Cancer cells release chemicals that release subtle odors that dogs can detect. Types of cancers that they can detect include skin, breast, colon and Ovarian. Dogs can also be trained to detect low blood glucose levels in diabetics. They do so by detecting isoprene, a substance in human breath, that increases when blood sugar drops. There is research ongoing with seizure dogs, as it is thought that prior to a seizure, there are chemicals released that cause change in odor. This is an area of controversy though. I had another patient with bad lung disease and every time her oxygen levels dropped the dog would begin barking. She actually removed her oxygen in the office and sure enough, when her oxygen saturation level dropped below 90, the dog got restless and began barking.

There are studies showing that dog ownership, especially in people living alone significantly decreases the risk of death after a heart attack or stroke. Dogs are currently being trained to detect malaria, and believe it or not COVID-19. A recent study from Germany showed a 94 percent accuracy in diagnosing COVID-19. Most importantly dogs help in stress reduction. I know that for a fact as does any dog owner. The feeling of joy that you have when you get back from work and he/she rushes into your arms-the love is unconditional, irrespective of your looks, income or social status.

We are all a little broken, weird and odd. Life does that to us. I am pretty sure that we need our dogs, as much as they need us. Sometimes caring for them is our way of healing. As far as the dog and master bit, I am not sure who is who-but does it really matter?

*Dr Dinesh Arab is chairman, department of medicine, and director, division of cardiology, at Florida Hospital Memorial Medical Center in Daytona Beach in the US.