Wondering Why People Go Back For More And More Tattoos? Here’s The Answer

People are choosing tattoos that serve as a reminder of their resilience, strength and hope for the future. 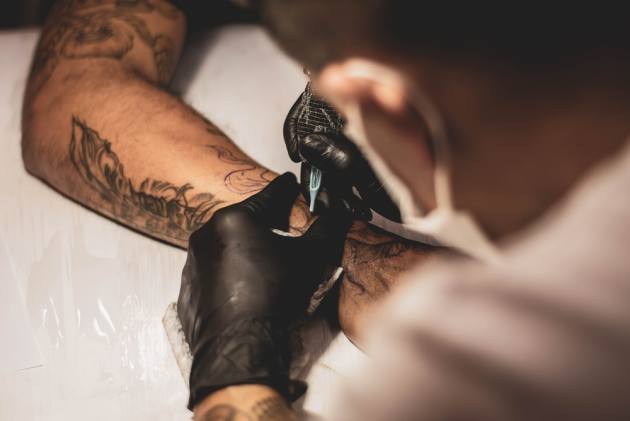 Let’s get one thing out of the way first -- plenty of people looking to get a tattoo that symbolises strength don’t necessarily look for a design that will show their physical strength. These tattoos often depict one’s personal experience and emotional strength it took or still takes to get over the struggle and win the battle of life. However, some tattoo designs do show both, physical and emotional strength, which could be suitable for some people’s experiences.

People are choosing tattoos that serve as a reminder of their resilience, strength and hope for the future.

“Tattoos have always been a visual expression and love for art for most of the people. New generation is more experimental with ideas, designs and thinking out of the box. Recent trends show rise in demand of UV ink tattoos, LGBTQ tattoo, mental health tattoo, sound wave tattoo, barcode tattoos and cover up tattoos, and much more,” Chetan Salhotra, tattoo designer and owner of Inkspace tattoo studio told Outlook.

The LGBTQI community has a long and varied history with tattoos. In a time when it was illegal to be out and proud in Western culture, many LGBTI people got tattoos to convey secret messages or as an act of defiance to authority. These days, tattoos and LGBTQI culture go hand in hand and it’s a trend that’s on the rise.

But where did it all begin and what do these hidden meanings signify?

According to famous gay tattooist Samuel Steward (also known as Phil Sparrow), the gay community in particular really began embracing tattoos in the 1950s. Steward was born in 1909 and led many varied roles in life, including a professor at a Roman Catholic university and an author of gay pulp fiction.

Trans rights are human rights. Let’s say that once more for the people in the cheap seats: trans rights are human rights. “My student and now a tattoo artist, Bruna Free Spirit, who is a trans women herself, inspired me to welcome LGBTQ community. Our common view of seeing people above their race, gender, colour, caste or religion, motivated us to practise our believes at Inkspace tattoo studio,” he adds while talking about working on LGBTQ tattoos.

Chetan and his team believe that inclusivity is very important for the human race to rise above all the division created by the system and move toward unity of humanity. “We wanted to do our bit and make a change in the chaos happening around us. It’s not just about art but an overall experience, that can’t be expressed in words.”

He tells us that most of the people that come to his studio opt for a rainbow tattoo – a VIBGYOR colour spectrum that is connected to the source light itself. “Our clients believe that we are people of many colours and are connected to the common view of being a human. We are one and the many.”

“By getting a tattoo you are making life commitment and the notion of making your own decision may not be liked by a herd who isn't curious and doesn't want to have new experiences of living a life,” he adds.

Tattoos are now seen as a representation of strength and a medium to express. “We believe tattoos have powers to strength thoughts and ideas. There are things that can be expressed through non-verbal communication and visual artform. People getting mental health tattoos prove how strong can the expression be. Committing to something permanent like tattoos shows that a person is a strong headed and takes their own decision.”

“Not just strength, but this also defines courage and bravery, defying all odd of going through the pain to get something done.  Seems like you are unstoppable.”

Tattoos like these can be a conversation starter, opening the door for others to acknowledge struggles. They can also normalize those ups and downs are part of life.