While appreciating the perseverance and strength of the five Muslim women who were instrumental in winning this landmark judgement, it is also imperative to think about the historical importance of this’ historic’ verdict. 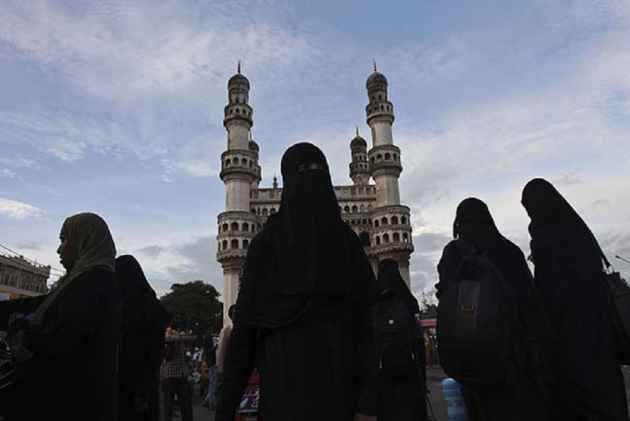 A few days after the much-hailed historic victory, to reflect upon what the judgement would mean for Indian feminism and Muslim women particularly is a daunting task. As always, the responses- the mainstream media responses at least- looked at Muslim women as conditioned by personal laws alone. The immediate jubilation also reflected a kind of naïve happiness, as though Muslim women have been saved by the judgement once and forever.

While appreciating the perseverance and strength of the five Muslim women who were instrumental in winning this landmark judgement, it is also imperative to think about the historical importance of this "historic" verdict.

First and fore most it is important to realise that this is not the Shah Bano moment. In the 1980s the community still had the political power to persuade and bargain. The severe erosion of the political power of the community reflects in the cautious responses of the Personal Law Board, the interlocutors who represented the board to the larger audience and the controlled and balanced responses from various community leaders.

It is to be noted that the judgements have not intervened in the specificity of personal laws, or even tried to regulate the distance between constitutional rights and personal laws. In more or less careful tone the court has produced a verdict which would require the government, the feminist agencies and the community to interpret, decipher and materialise. It is not a judgement that finishes the debate but just opens it up further.

In many ways, the court has given it back to the stake holders. And it is for them to decide what kind of a turn it can take from here.

The feminist responses to the judgement have been balanced and guarded. In fact, there was an urgency to distance oneself from the right-wing populist celebrations on the Triple Talaq judgement.

This took away some of the joy out of the Hindutva celebrations and definitely the judgement was not what they had asked for. But the judgement also was not what many had asked for. In more or less ambiguous terms the judgement maintains status quo in the matter. It has not pronounced much beyond the Shamim Ara judgement and it has not given a clean chit to the much-desired Uniform Civil Code for the BJP. In fact, the ban on Triple Talaq is more symbolic and for the feminist movement in terms of gender equality, it is a moment to celebrate.

Unfortunately, the judgement appears a bit cautious in this terrain and the question of gender justice is not the unifying factor that binds the three separate judgements. In fact, the idea of gender justice as demanded by the feminists in no way has been addressed by the court.

Rather, the court seems to accept the fact of instant Talaq being un-Islamic and therefore condemnable and needs to be banned. In some ways, the court has attempted to interpret Islamic jurisprudence for the Personal Law Board and the defenders of Triple Talaq. Or rather, the court subscribed to a particular interpretation.

This is a problematic judgement for feminism, as the judgement focuses solely on the interpretation of religious practice to pronounce its conclusion. Particularly, for this reason, the judgement cannot be treated as a valorisation of civil rights of an individual. But the problem lies not entirely with the judgement, but from the beginning of Triple Talaq campaign, it was presented as un-Islamic by most of its front runners. If resorting to religious paradigms and adherence to religious scriptures become a viable feminist model it is not all surprising to see this recurring in the judgement.

What this judgement would mean for the Muslim women in India is to be seen and felt in the coming days.

The inherent contradiction in the judgement is that all the five women involved in this case, except for Ishrat Jahan are primarily victims of domestic violence and dowry abuse before the Talaq was pronounced. And we have laws preventing these atrocities against women. This also points towards the distance between legal regulation and patriarchal practices, and that legislation alone cannot help in changing the ground reality for women. During the debates triggered by the case in the Supreme Court, one aspect pointed out by Muslim groups was the lack of accessibility to legal aid for Muslim women like any other socially and economically backward women in India.

Muslim women raised more concern over support systems to engage with the issues raised by them. Precisely, it would be with this intention that the Personal Law Board opened a women’s cell and a mechanism for calling for aid in the case of marital issues. How far this is successful is to be assessed in the coming days.

The idea of freedom of religion as underlined in the constitution again as many people interpreted is a direct reflection of the thoughts on the judgement. At the same time, this moment is also a moment to reflect upon the privileges of practising religion as a choice. The recent case of Hadiya, a converted Muslim woman, whose marriage is hanging in the air as it has been represented as a case of “love jihad,” is clear evidence to the fact that religion or religious conversion is not always interpreted equally by the law. In a country where every individual has a right to practise one’s religion, this is a blemish where a 24-year- old woman’s marriage has to wait till NIA clears her marriage as legal.

The Kerala High court nullified her marriage and sent her back to her Hindu parents, the Supreme court directed NIA to look into the validity of her marriage, and the possibility
of coerced conversion or what has been popularly painted as “love jihad” involved. All these, in the middle of claims that solid evidence has been brought before the court to prove that the conversion preceded the marriage and marriage happened through an alliance arranged through an online portal.

Reform, community and state are entangled in very complex ways. Appealing to the state may not be always a viable solution to address rights of citizens, especially when citizenship itself is not a homogenous entity. Homogeneity of citizenship is challenged both by cultural specificities and more than that by the distribution of power.

Seema Mustafa points this out quite powerfully while addressing the insecurity of Muslims in contemporary India: “The normally vocal Muslim community in India fell silent after Gujarat. There was this quiet sense of dismay, anger, unhappiness and yet a refusal to resign itself to a life of discrimination. There was a distance, heightened suspicion as the minorities waited for secularism to reassert itself. They are still waiting.”

This citation is not to counter the idea of gender reform with the idea of victim status. In fact,
constantly claiming the victim status is the denial of subject status to Muslims. Rather, this is to invoke the political climate in which a reform is addressed and advocated. The huge celebration and response to Triple Talaq judgement were disproportionate considering the responses of the mainstream to various forms of violence against Muslim women either sponsored by the state apparatus or by majoritarian fundamentalism.

Triple Talaq arbitration is one of those instances in our legal history after Shah Bano, that demanded Indian feminism to engage with the problematic entanglement of minority religion and gender.

Women from the west have explored the confining nature of civil rights law, realizing that
historically one of the impediments to an inclusive feminism is the idea that gender is produced independently, free of other regulative modalities of social power. Within the civil rights discourse, how far is it possible to address a subject marked by more than one form of social power? In the case of sensitive discourses evolved out of caste/ gender entanglement, in India, feminism has had a viable and dynamic engagement with Dalit feminism. But to think about Muslim women as a category of gender, subjugated by other forms of social power, Indian feminism is still in a dilemma.

The political rights of Muslim men in the current historical situation is reduced to that of being a target of mob lynching. Lynching is perpetuated both as an idea to emasculate and to raise fear to subjugate. Muslim masculinity has always been the target of Hindutva, silencing them is silencing them sexually, politically, economically, through all forms of social structures.

Given the situation, engaging with the gender rights of Muslim women needs to be a responsible task. It should not be seen as the right moment, to demand a subjugation of Muslim patriarchy. In the most responsible fashion, Indian feminism has taught us in the past, the end is not the ultimate aim of a feminist discourse. It has trodden complex terrains, teaching us the complexities of entanglements involved in every small leap. At the same time, it has never subscribed to the opportunist vocabulary of seizing the moment, taking up “strange partners”. Therefore, it is comforting to see the line that feminist responses have drawn between themselves and Hindutva. But the line needs to be solid and crystal
clear.

If at all the Triple Talaq debate has helped the community, it is by giving visibility to practising Muslim women. Their engagement with law and religion has opened up a terrain of possibility for feminist discourse in India to evolve. Inclusive spaces in media and feminist platforms could be a step, to begin with. By claiming the judgement for themselves Muslim women have also shown their willingness to engage with reform.

It is for the larger society to think beyond patronisation, to accept and facilitate this entry. May be, the time has ripened to move beyond saving Muslim women, to more responsible thinking, contemplating a possibility of justice, that includes both Muslim men and women as political subjects. Perhaps that is the most important take away from the debate.