Feminists In Solidarity With Nivedita Menon

We stand by Nivedita in claiming the space within the University campus to freedom of speech and debate and discussion. 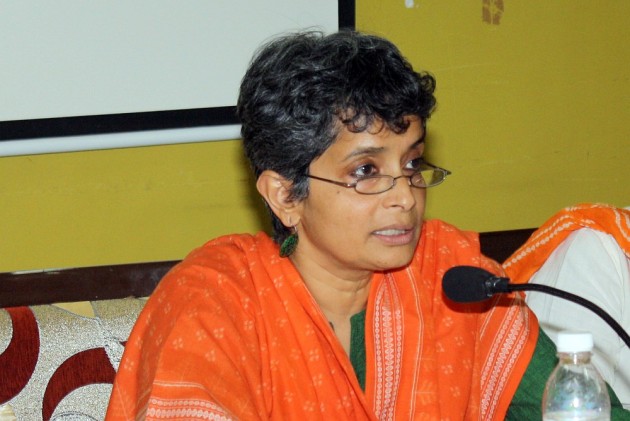 The women’s movements and the feminist voices in India are part of the tradition of the movements that believe in pluralism in thought, action and manner of organizing. There are as many individuals and small collectives that enrich the voices within the women’s movements, as there are larger groups and even party affiliated groups. It has also the rich tradition of the academic and the activist informing each other and learning from each other.

As a serious academic and an activist, Nivedita Menon is an important voice in this plural, multifarious, diverse, political conglomeration that we call the feminist women’s movements. Her engagement with diverse issues like feminist theory, law, sexuality, technology, understanding of the body, queer theory, has helped deepen the understanding in these areas and also find new ways of campaigning on specific issues like the sex determination tests, personal laws, decriminalization of homosexuality, to name just a few. Her prolific writing and impassioned talks have made many of us, old and young, academic and otherwise, debate and discuss issues. Her commitment to academic discourse is thus not confined to the University campus alone but has extended to many spaces occupied by campaigns and activists.

As fellow travelers in these movements, we stand by Nivedita in claiming the space within the University campus to freedom of speech and debate and discussion. We find the attacks being carried out on Nivedita Menon by certain political groups through student bodies like the ABVP, who are filing baseless complaints with the police, and the media like Zee News, who are maligning her with footage shown out of context, as an attack on reasoned debate and informed conversation, both of which are inimical to democracy. Without a space for these, we do not think that the principles of equality, justice, and non-discrimination granted to us through the Indian Constitution can ever be realized.

We unequivocally condemn these attacks and this harassment of a fellow feminist activist and stand in solidarity with her.