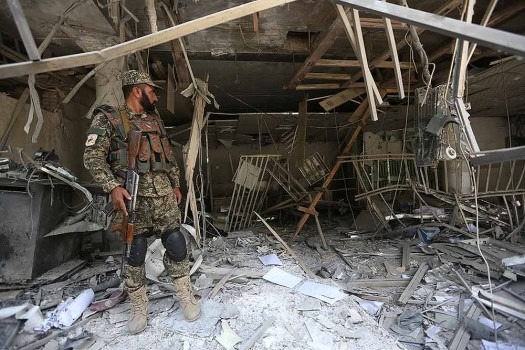 Afghan officials say Taliban attacks in the country's south, west and east have killed at least 15 policemen, leaving over 40 wounded.

Zaman says the district compound has been destroyed.