Vikas and his friend, Ashish Kumar, allegedly stalked, harassed and almost waylaid Varnika Kundu, daughter of a Haryana IAS officer while she was driving alone in Chandigarh on Friday night. 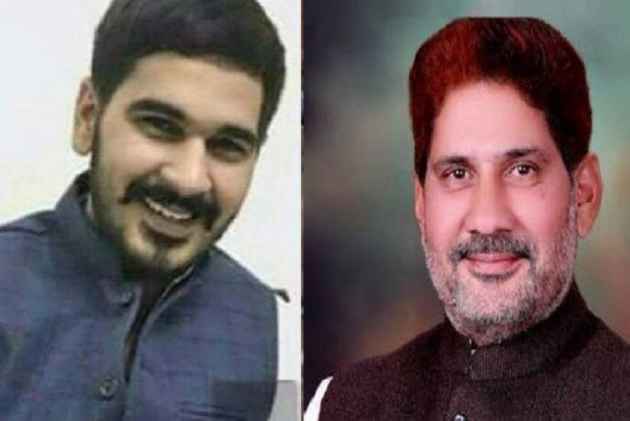 Chandigarh police today arrested Haryana BJP chief Subhash Barala’s son Vikas Barala and his friend Ashish Kumar, who are accused of stalking a woman in Chandigarh, and slapped abduction charge against them.

Vikas was arrested along with his friend after questioning. The police have added Section 365 with Section 511 (attempt to abduct with intent to wrongful confinement) of IPC to the case.

Earlier,  even though the police had summoned him at 11 am, Vikas reached the Sector 26 police station along with  Ashish only at around 2:30 pm

Vikas and Ashish allegedly stalked, harassed and almost waylaid Varnika Kundu, daughter of a Haryana IAS officer while she was driving alone in Chandigarh on Friday night.

Even though he was arrested Friday night after the incident, Vikas was granted bail later. There had been allegations that the ruling BJP has been trying to shield him. The Congress alleged that the police was under pressure to lodge a case against him under bailable offences. There had also been allegations of victim-shaming by Vikas’s family.

Read Also: She Shouldn't Have Gone Out At 12 In Night: Haryana BJP Vice-President On Chandigarh Stalking Case

Earlier, according to NDTV, the police  issued the summons after investigating team obtained the CCTV footage of his car chasing Varnika’s car on Friday night. A police notice to join investigations was pasted outside his home when no one accepted it, the report added.

Read Also: 'It Was Luck They Picked Me, Had It Been Another Girl She May Not Have Complained,' Says Stalking Victim Varnika Kundu

“I was driving home from the sector-8 market at about 12:15am, and crossed the road into sec-7, where the petrol pump is. I was also on the phone with a friend at the time, and realised about a minute later that a car was following me,” Varnika had said while narrating her experience on Friday night on her Facebook post.

“I find it shocking, that in a place with cameras at every light and cops every 200 metres, these boys thought they could either get into my car, or take me into theirs, just because they're from an influential background,” she said, adding, “I'm lucky, it seems, to not be the daughter of a common man, because what chance would they have against such VIPs?”