The flashiest Kia at the expo is the flagship model for the Korean carmaker globally. 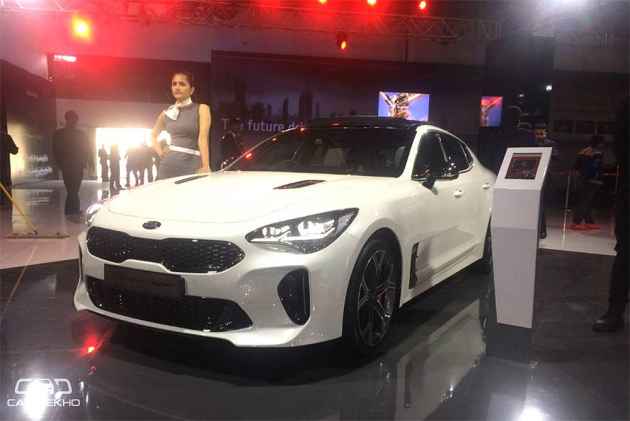 Kia Motors seems confident about taking Indian car buyers by storm and is showcasing an enthralling lineup of 17 cars at the Auto Expo 2018. But, the one that stood out amongst the crowd is the white Stinger, Kia’s hotshot that aims right at the luxury performance tourer category dominated by the German trio of Mercedes, Audi and BMW. With the Stinger at the expo, Kia has put its best foot forward demonstrating how it can deliver visually appealing and power-packed products at an affordable price. Unfortunately though, it won’t be on sale in India, thanks to the high import duties on CBUs. 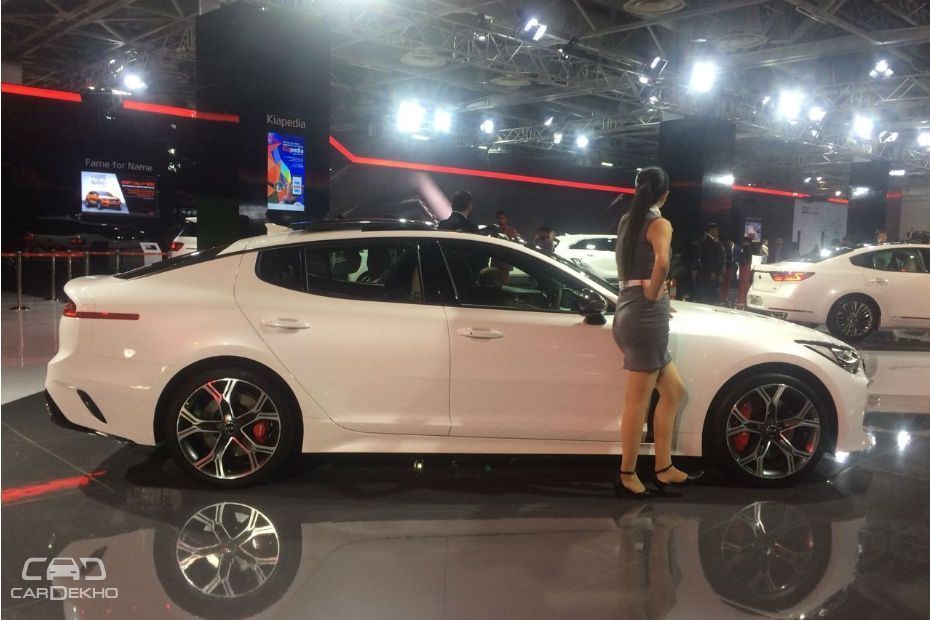 The Kia Stinger looks imposing, despite a low-slung stance and features. Its sharp front fascia sports a large honeycomb ‘tiger-nose’ grille flanked by upswept high-glow LED headlights with jewel-like DRLs. Now, since the Kia Stinger is positioned as grand tourer, it features a large air dam and vents on the hood to enhance the aerodynamics, which have been worked on through numerous tests on the Nurburgring.

Move to the side of the Stinger and the athletic stance is quite evident from the muscular wheel wells and short overhangs at back. Kia has fitted 19-inch alloy wheels to the sports sedan which are shod with wide 225/245 section tyres at front/rear. Peeking through the sporty wheels are Brembo disc brakes that add to its aggressive look. Other details on the side include front vents and a shoulder line that rises towards the rear endowing it with a coupe-like profile. The Kia Stinger features a quad-exhaust setup on the rear diffuser along with LED taillights bridged with a reflector strip. 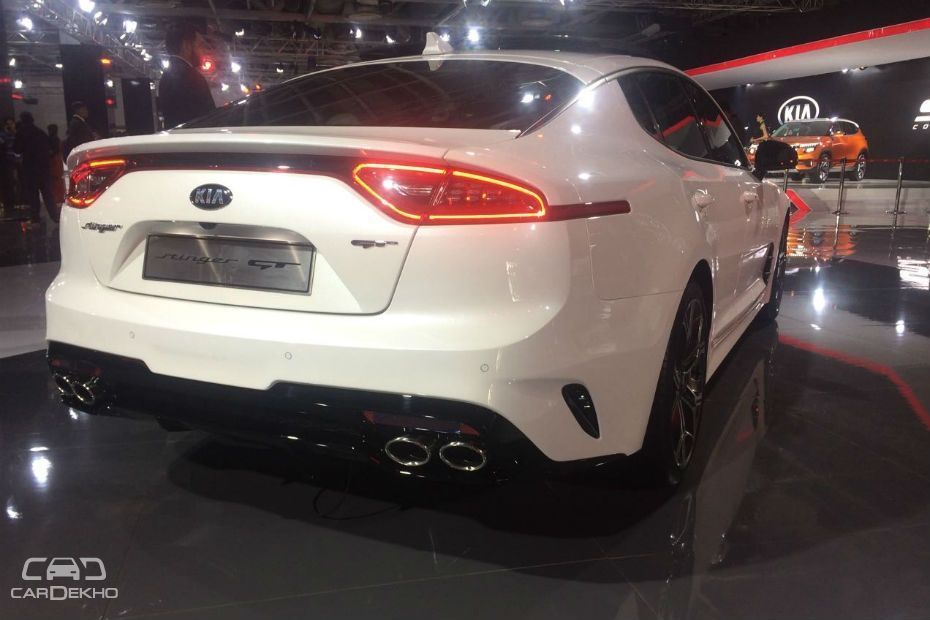 Since the Stinger is meant for long road trips for a family, Kia has thrown in all creature comforts and convenience enhancing goodies. The seats are made of Nappa leather with proper contouring and bolstering to snugly fit the passengers in place. An 8-inch touchscreen system sits atop the premium all-black dashboard. Airplane like air con vents sit underneath it. A flat-bottomed steering wheel with integrated controls and paddle shifts also adorn the Stinger's cabin. The instrument cluster is a 7” TFT screen and also gets heads-up display. 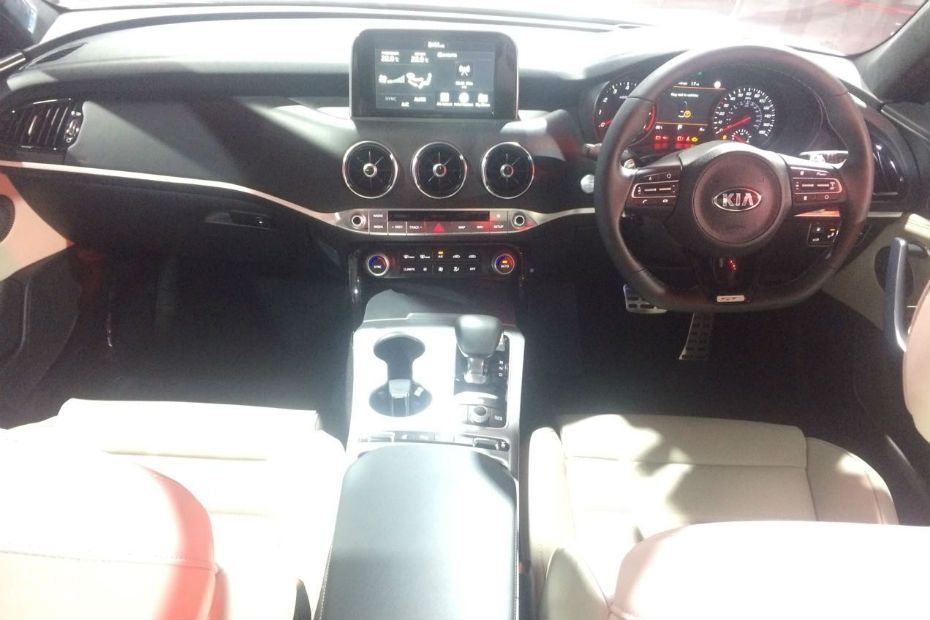 All visual details aside, it’s the twin-turbocharged 3.3-litre V6 under the hood which has earned the Kia Stinger its proverbial racing stripes. The motor develops 366PS of power and 510Nm of torque and is mated to an 8-speed automatic transmission that has been developed in-house by the Koreans.