It was the insurgents' first major attack since US President announced that he was committing American troops to the war-torn country indefinitely. 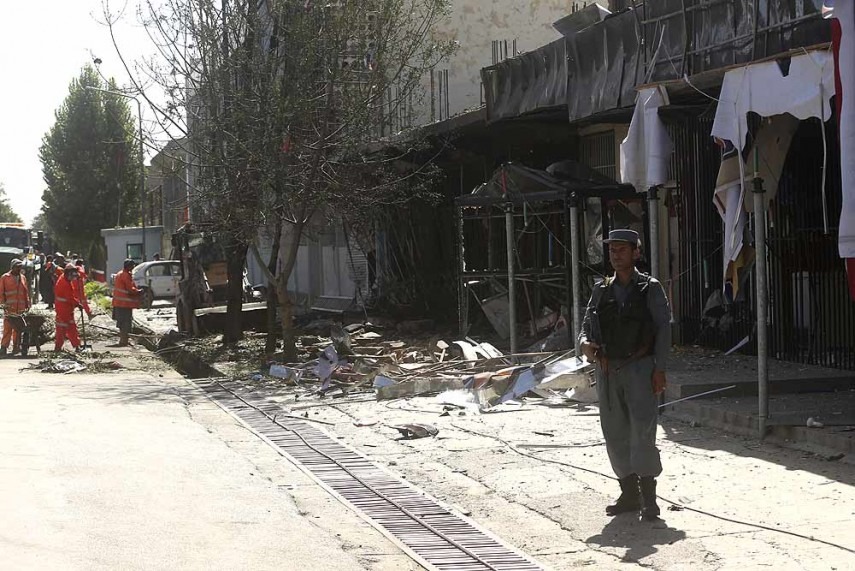 A Taliban suicide bomber killed five civilians and wounded dozens of others, mainly children, when he detonated a car filled with explosives at a police headquarters in southern Afghanistan today.

It was the insurgents' first major attack since US President Donald Trump announced in Washington late Monday that he was committing American troops to the war-torn country indefinitely.

"A suicide bomber detonated an explosive-filled car in a parking lot near the main police headquarters in Lashkar Gah," Omar Zhwak, a spokesman for the governor of Helmand province, told AFP.

"Our initial information shows that five civilians were killed and 25 were wounded, including women and children," he added.

The car park was full of people queueing to get into the police headquarters when the explosion happened, said Zhwak.

He added that a nearby mosque, which was being used as a madrassa or Islamic religious school, had been been damaged. Children were studying there at the time.

The attack occurred a little over 24 hours after Trump cleared the way for thousands more US soldiers to be sent to Afghanistan, reversing earlier pledges to pull out.

The Taliban had called for a complete withdrawal of foreign forces and following Trump's announcement vowed to make the war-weary country a "graveyard" for US forces.

The Taliban quickly claimed today's attack in a text message sent to journalists.

Ordinary Afghans have paid a heavy price for the 16-year US-led war.

Civilian deaths are at their worst since records began in 2009. In the first half of the year, 1,662 civilians were killed and more than 3,500 injured, according to the United Nations.

The attack was also the latest blow to Afghanistan's beleaguered security forces.

"The car bomb targeted a number of army vehicles parked in the parking lot. We have reports of some casualties to army soldiers," Salam Afghan, a police spokesman, told AFP.

The resurgent Taliban have been ramping up their campaign against government forces, underscoring rising insecurity in Afghanistan during the summer fighting season when the warmer weather tends to spur an increase in attacks.

Afghan police and troops -- beset by a high death toll, desertions and non-existent "ghost soldiers" on the payroll -- have been struggling to beat back the insurgents since US-led NATO troops ended their combat mission in December 2014.

Casualties among Afghan security forces soared by 35 percent in 2016, with 6,800 soldiers and police killed, according to US watchdog SIGAR.