Five Takeaways From Zuckerberg In Delhi

The Facebook head was in Delhi addressing adoring students. Here's what you need to know... 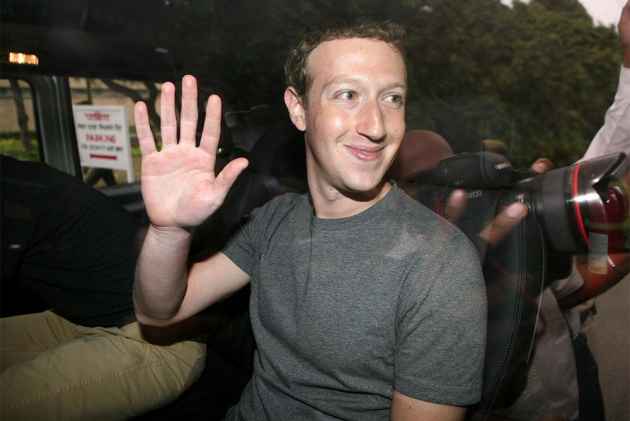 Facebook founder Mark Zuckerberg hosted the much-awaited Townhall Q&A at the prestigious Indian Institute of Technology in Delhi. His last Tonwhall Q&A with Prime Minster Narendra Modi in Silicon Valley grabbed the attention of the nation thanks to the PM's waterworks while mentioning his mother. Although there were no waterworks this time, Zuckerberg's smooth answers to the carefully crafted and chosen questions from his audience received a thunderous applause. He did manage to remind us of how his wife Priscilla was pregnant with a baby girl, and how excited he was, generating massive amounts of cheering from his student audience. Ten points for public-speaking skills to Mark! Here are five key takeaways from his Q&A session today.

According the social media giant's founder, there are three reasons for people not being on the Internet — the first, key one being lack of 'availability'. This includes insufficient infrastructure, lack of operators and devices to access the Internet. So, Facebook is exploring ways to increase access, one possible solution being solar-powered planes that will "beam down connectivity".

The second reason he said, was due to lack of 'affordability', so people with connections who could not afford access to the Internet. Zuckerberg's answer to this problem lies in providing people with apps that use less data, which means they are faster, reliable and cheaper (i.e. Free Basics). The final problem was people's lack of 'awareness'. The only way to intercept this problem is by apparently showing people what they're missing out on. If people were made aware of the potential of the Internet (education, health, jobs, information, news), at least half of them would become full paying customers of the Internet in the future. Mark's main aim is to increase Facebook's users in India by a billion!

The present is video, the future is 'virtual augmented reality'

Talking about the future of technology, Mark mentioned the way forward in the communication world was 'video'. According to him, communication patterns had progressed from text to pictures and were now increasingly moving towards 'Internet video sharing'. But behold, this will not be the end of the line! In the future he wants to integrate a richer medium onto Facebook, the medium of 'virtual augmented reality'. Using this as an opportunity to mention Facebook's subsidiary company Oculus, he talked about the possibility of teleportation to a virtual reality, the ability for people to travel to different parts of the world, play ping-pong in space and underwater with a friend, all — using only a pair of goggles.

As fancy as that sounds, Zuckerberg did not stop here. He talked about developing Facebook's ongoing research into Artificial Intelligence, a computer system that would perform human functions better than humans themselves. These devices will recognize people, track our movements, translate things for humans in new languages both in text and speech when traveling. Giving an example of AI's many functions, he said that the device would be able to recognise people in a picture and describe what they were doing to a blind person.

Seriously! When asked if Facebook supports net neutrality 100 per cent, Mark replied, "yes, absolutely". He emphatically tried to convince his audience that Facebook was pushing for regulations in support of this concept and were trying to reflect this in their work by supporting an open platform for developers in 'Free Basics'. He then clarified his position by highlighting his 'inability' to provide the whole Internet for free, and not wanting to "cannibalise" the network operators. Anyone who could provide content that would require low bandwidth to access would be allowed to put content on 'Free Basics', and Facebook would not filter the content.

Zuckerberg lectured his technology student audience on the difference between net-neutrality' and 'zero rating', claiming that people needed to be better informed against villainous operators who want to "hurt people" and wrongly bill us for streaming certain websites more than others (namely YouTube and Netflix). He further pandered his young audience by quoting the examples of the poor village girl student and the coastal fisherman who would benefit from access to Facebook's Internet. He even accused the vicious net neutrality petitioners for hurting people who don't have Internet and could benefit from Facebook's initiative. These were the people with Internet, and hence they did not have the right to speak out for people who did not have access to it!

The key to success is to 'care'

Talking about the new growing trend of start-ups in India, entrepreneur Mark said that he faced many challenges while founding Facbook, but could not isolate a single one as the deal-breaker. He did however remember to be humble and give credit to his fellow staff. Saying that people often attribute a whole company's success to one person, for example Facebook to him and Apple to Steve Jobs, it was the work of all the contributors that together made a company successful.

He did however say that Facebook's success specifically was due to one single element, his desire to 'care'. According to him, very often, entrepreneurs created a company, hired staff and then found it increasingly difficult to pivot the company towards profit. The key to success was that the entrepreneur should 'care' about his idea and its impact on society. Once he cares enough, then he should start hiring staff and only then should he establish it as a company.

Mark continued to express how important privacy and safety issues were to him. Towards the end he reiterated how well the "marked safe" feature was received following the Nepal earthquake and how important it was to let loved ones know that you were safe. He also mentioned the large amounts of money Facebook was able to raise for the victims using the "Let's support Nepal" feature. However, the highlight of the safety talk was Facebook's collaboration with the US and Candian governments, called "Amber Alerts". In the past, this feature has helped to find children who were reported missing by sharing their pictures and enabling people to recongnise them. Mark further communicated the 'need' to collaborate with world governments on this, and extend this feature globally.

Finally, following a lot of back-patting, serious chats about issues of candy crush requests and potential superhero powers, Mark Zuckerberg managed to paint a very pretty futuristic picture for his young Indian audience. Indeed his alluring, calm personality and his expert public speaking skills were impressive. A lot was said, and a lot was promised. Having been assured of his humanitarian outlook, we were informed again of how beneficial 'Free Basics' or internet.org was for the poor. Is this genuine do-good stuff — or hard-nosed business speak? Clearly, expect a lot more action in the heated debate over net neutrality in the country.