“There were no fatalities, but flood-like situation exists. Those people whose houses have gone completely under water have shifted to safer places on their own,” officials said. 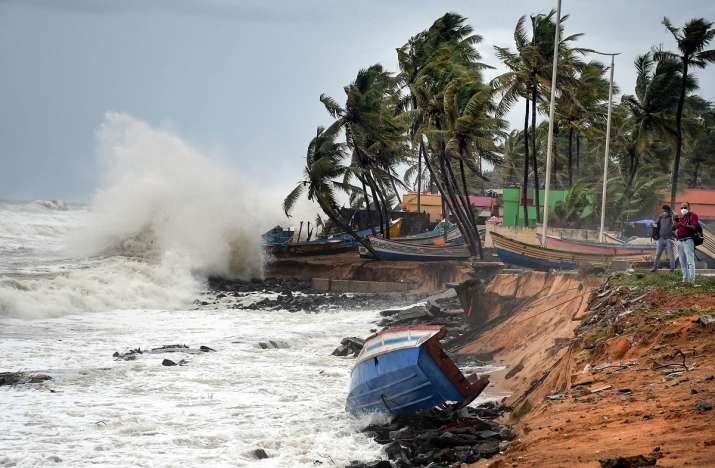 Incessant downpour over past few days in several parts of Goa has led to havoc influx of water.  Many rivers are in spat due to rise of water level. The affected areas include Sattari and Bicholim tehsils in north and Dharbandora in south where a large number of houses got inundated, officials said on Friday.

A flood-like situation is anticipated  in and around Harvalem village in Bicholim. People have been asked to be alert.However, no casualty has been reported so far.

However, no casualty has been reported so far.

“At least 100 houses in Sattari tehsil have been under water since Thursday night as the water level of the Mahadayi river increased due to incessant rains that has been lashing the state since over a week now,” a senior official said.

“There were no fatalities, but flood-like situation exists. Those people whose houses have gone completely under water have shifted to safer places on their own,” he said.

Almost half of Velus village located near Valpoi town in Sattari, is inundated, while several other villages were cut off as roads and culverts are under water, eyewitnesses said.

Valpoi MLA and state minister Vishwajit Rane said on Twitter, “Due to continuous and heavy rainfall, Mhadei (Mahadayi) has been overflowing. Water has entered different parts of Valpoi. Necessary directions have been issued to the collectors to have the Disaster Management team stationed at Sattari & Usgao.”

“Water has entered their houses causing a lot of damage. It is very important for us to ensure our people’s safety. With the intervention of the Disaster Management Team, they will be shifted to safer locations,” he added.

Near Sankhalim town in Bicholim tehsil, Valvanti and Sakhali rivers are overflowing and have crossed the danger level, officials said.

Similar situation is seen in and around Mollem village in South Goa's Dharbandora tehsil.
Official sources said that Sangod village in Mollem is facing a flood-like situation, where water has entered to the houses and roads are flooded.

On Thursday, the India Meteorological Department (IMD) had issued a warning that a circulation in the Bay of Bengal is likely to trigger low-pressure area that will cause more rainfall in Goa.

Till Wednesday, the coastal state had received 1,998.3 mm rainfall during the ongoing monsoon season as against the average of 1,612.7 mm for the corresponding period.
The state fisheries department has already issued a warning to local fishermen, asking them not to venture out into the sea due to gusty winds.