Coming days before PM Narendra Modi’s UK and Turkey visit, it is a signal from the government that it is willing to go the extra mile to woo investment 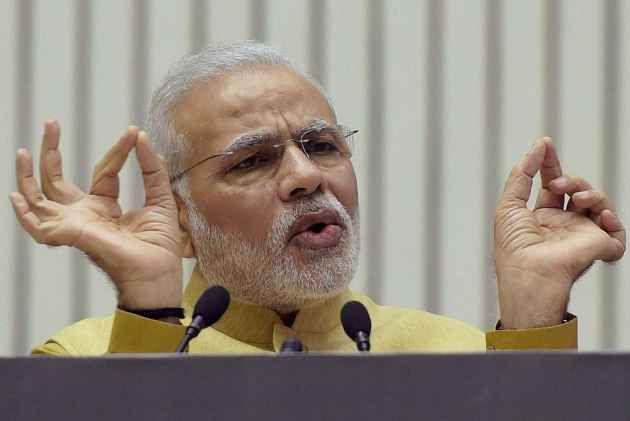 To assert that the Bihar Assembly election debacle will not affect the BJP government’s reforms agenda, the ?Narendra ?Modi government on Tuesday unleashed a series of reform measures to clear the clutter of opaque rules, especially those related to businesses owned by NRIs, and to improve ease of doing business with Foreign Direct Investment (FDI) in sight.

Coming days before PM Narendra Modi’s UK and Turkey visit, it is a signal from the government that it is willing to go the extra mile to woo investment from other countries to boost its Make in India campaign.

The announcement comes a day after the P?rime ?M?inister reviewed the progress across all infrastructure sectors from roads, railways, power including renewable energy, piped natural gas, and irrigation. He also took stock of the skill development initiatives taken by various infrastructure ministries.

Ahead of the formulating the latest package of reforms, the government had undertaken a marathon review of the ease of doing businesses in different states to pin down the irritants in attracting and retaining foreign investments and fostering a culture of manufacturing, according to officials in the commerce ministry.

"?The crux of these reforms is to further ease, rationalise and simplify the process of foreign investments in the country and to put more and more FDI proposals on automatic route instead of government route where time and energy of the investors is wasted," the government said in a statement.? ?To this end, the government is planning to come out with a comprehensive booklet of all rules and regulations an investor would have to abide by to get started.

The government has also increased the financial power of the Foreign Investment Promotion Board to give single window clearance for investment projects of up to Rs. 5,000 crore up from Rs. 3,?000 crore.

The BJP led government has been projecting a pro-FDI face right from the beginning. Before this, the Modi government eased the regulations in many sectors like railways, insurance, construction and pensions. It has increased FDI in insurance and defence up to 49 per ?cent apart from allowing 100 per cent FDI in railway projects.

These have resulted in increased FDI inflows as compared to previous years. According to official estimates, India saw FDI inflows of $19.39 billion in the April-June period this year, which was 29.5 per cent higher than in the previous year. The present reforms are expected to take this further.

The proposed reforms have further enhanced the limit of Foreign Investment Promotion Board (FIPB) from current Rupees 3,000 crore to Rs. 5,000 crore. Through these reforms, the government has also addressed many long pending corrections including those related to limited liability partnerships as well as NRI owned companies.

Other proposals seek to enhance sectoral caps to ensure that foreign investors do not face fragmented ownership issues and provides a simplified regime for foreign investors to deploy their resources and technology in India. Though details of the reforms are awaited, among the long pending reforms are those in broadcasting, mining, agriculture and civil aviation where a draft policy was announced last week.

In broadcasting, the government has allowed 100 per cent FDI in non news channels, 49 per cent in broadcast through automatic route and higher levels with government approval. This will provision will cover DTH, mobile TV and cable networks. For FM radio and news TV channels, the FDI ceiling has been raised to 49 per cent from 26 per cent.

In a bid to attract realty PE firms, the government has eased the exit route by allowing repatriation of foreign investment before the completion of project, the only condition being a lock-in-period of three years, calculated on the basis of each tranche of foreign investment.

As expected, the reforms have been welcomed by the industry.

"Liberalisation of FDI in important sectors like Defence, Manufacturing among others will bring in much – needed technology into the country which can then be leveraged to make India an exporting nation in the high-tech engineering industries," said Chairman, EEPC, T. S. Bhasin.

He said the Indian engineering industry needs induction of foreign technology which can come in only when the FDI regime is liberalised and caps are dismantled or enhanced.