Following Cauvery Protests, IPL Matches To Be Shifted Out Of Chennai

The opposition by pro-Tamil outfits to the IPL matches was that the game would divert the attention of the youth from the Cauvery issue and lessen the impact of the state-wide stir. 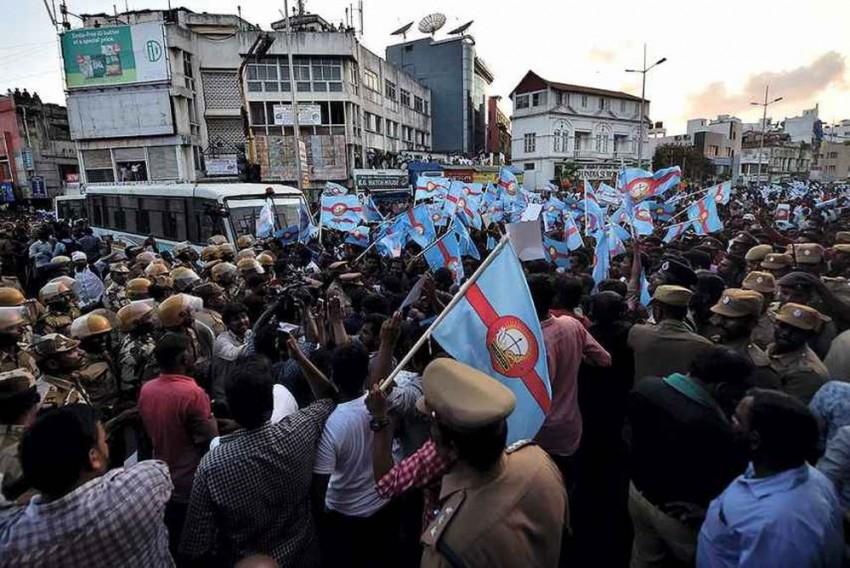 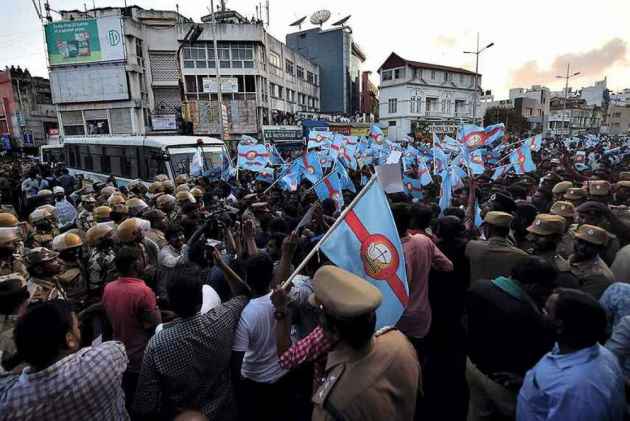 IPL matches scheduled to be held in Chennai will be shifted to another venue, amid protests demanding a boycott of the matches over the delay in the formation of Cauvery Management Board (CMB).

BCCI has short-listed four cities to host Chennai Super King's home matches.  According to IPL sources, Visakhapatnam is front-runner from among the four cities, the other three being Thiruvananthapuram, Pune and Rajkot.

Committee of Administrator (CoA) Vinod Rai confirmed that the prevailing situation has forced them to explore options.

"We are thinking on the lines of shifting the IPL matches from Chennai. There are four alternative venues that BCCI has kept ready. They are Visakhapatnam, Trivandrum, Pune and Rajkot. CSK can play their matches at these venues," Rai told PTI.

"We have to keep in mind the prevailing political and security situation in the state. But we have told the CSK franchise to evaluate the current situation and take a final call in this regard. It will be CSK's decision," Rai, a former Comptroller and Auditor General, said.

BCCI acting president CK Khanna said: "CSK is fully co-operating with the BCCI and the best available solution will be availed. We are exploring multiple venues."

According to information received, CSK CEO Kashi Vishwanathan is speaking to police authorities and trying to take a stock of the situation.

"There are a lot of options that we are mulling. There is a possibility that our next home match on April 20 against Rajasthan Royals will be an away match in Jaipur. In the meantime, we can decide upon a substitute venue. There are a lot of things that comes under consideration. Ticketing, marketing, entire logistical movements, in stadia. Hopefully, a call will be taken tomorrow," a CSK insider told PTI today.

IPL's most popular franchise CSK has made a comeback to the League after serving two-year suspension on charges of spot-fixing in 2013.

IPL sources says Visakhapatnam is likely to be picked by the CSK management due to logistical reasons.

However, CSK are not playing a home match before April 20 and situation may get better before the clash against Rajasthan Royals.

The opposition by pro-Tamil outfits to the IPL matches was that the game would divert the attention of the youth from the Cauvery issue and lessen the impact of the state-wide stir.

A 2,000 strong posse of policemen were deployed for security on Tuesday for the CSK-KKR tie, amid intensified opposition to the IPL matches.

The Tamizhaga Vazhvurimai Katchi (TVK) had even threatened it would let loose snakes inside the stadium if the CSK team plays against Kolkata Knight Riders.

Ahead of the yesterday's match, flags and banners were banned, with commandos and Rapid Action Force personnel forming part of the security.

Police resorted to a lathi-charge yesterday to quell the agitation, which was marked by hurling of sandals into the stadium and burning of yellow jerseys, the colour of the Chennai Super Kings.

Since April 1, the state has been witnessing protests by political parties, pro-Tamil outfits, voluntary organisations and student groups seeking setting up of the Cauvery Management Board.

On February 16, the Supreme Court had raised the 270 tmcft share of Cauvery water for Karnataka by 14.75 tmcft and reduced Tamil Nadu's share while compensating it by allowing extraction of 10 tmcft groundwater from the river basin.

The court had granted six weeks time to the Centre to formulate a scheme to ensure compliance of its 465-page judgement on the decades-old Cauvery dispute, which modified the CWDT award of 2007.