A hasty transition to cash transfers without adequate banking services will do more harm than good for food security. 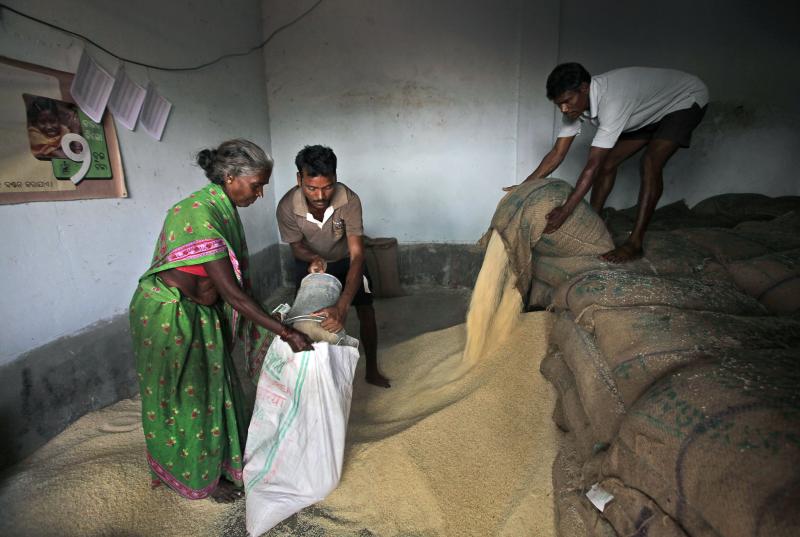 As students we had been active in a campaign for the National Food Security Act (NFSA) since 2009. We met more than 100 Members of Parliament to explain why the law was important. Our own belief in the importance of the Act came from having participated in surveys to understand the ground realities of government programmes of social support.

We aren’t sure how to understand the BJP’s U-turn on the Food Security Bill. Compare, for instance the concern expressed by senior BJP leader M M Joshi, when the Bill came up for debate in Parliament in 2013. “We condemn the hasty manner in which this Bill is seeking to be enacted” — or, even more strenuously — “why not 90% coverage, as seen in BJP ruled Chhattisgarh?” Even our PM, then the Chief Minister of Gujarat, was moved by the inadequacies in the mooted FSB to pen a letter to then PM Manmohan Singh. “I am saddened by this Bill” he said, noting that it “does not even address even the calorific security”.

Why, then, is the Centre attempting to rapidly reduce its food subsidy by moving towards cash transfers? This appears to be in line with the recommendations of the High Level Committee (HLC), headed by Shanta Kumar, a senior BJP leader. The Committee was set up in August 2014 to examine whether the Food Corporation of India needs restructuring. In a rare example of bureaucratic enthusiasm, the committee unilaterally expanded its mandate and made proposals to the National Food Security Act, which included steps to reduce coverage (from 67% to 40%) and gradually change to cash transfers.

Thankfully, Shanta Kumar addresses our concerns about this lack of consistency. In an interview to the Business Standard he states that the earlier support for the FSA was due to “electoral compulsions” — an ingenious phrase, perfectly summing up the volte face: it was only for the elections, silly!

A written note by the Food Ministry to the Lok Sabha did clarify that coverage wouldn’t be reduced. However recent reports indicate the government is moving fast to implement the other recommendations of the HLC. A 10 February 2015 letter to the States by Deepak Kumar, Joint Secretary in the Ministry of Food and Civil Supplies indicated that the Centre was moving fast to link Aadhar to the food subsidy, and towards Direct Benefit Transfers. In fact, the HLC’s over-reaching enthusiasm pales in comparison to the governments. As per the report “[the] HLC recommends gradual introduction of cash transfers in PDS, starting with large cities with more than 1 million population; extending it to grain surplus states, and then giving option to deficit states to opt for cash or physical grain distribution…it can be rolled out over the next 2-3 years”, the government has begun to implement, in the span of a month, what was supposed to be a “gradual transition”.

Other than the serious risk of exposing the poor to the vagaries of the market, and flying in the face of established wisdom that cash transfers can never replace governance, the underhand move will have several serious ramifications. For one, a necessary reduction in procurement from farmers will follow, reducing the choice of sellers for farmers.  But most of all, a hasty transition to cash transfers without adequate banking services, or market access will do more harm than good for food security. Even Brazil’s famous Bolsa Familia links cash transfers to social milestones. Most importantly, conditional cash transfers in Latin America complement, rather than substitute essential public services.

Even the basic premise of the proposed move towards DBTs, that the PDS is unfixable, doesn’t bear out. Economists Dreze and Khera have pointed out that the Shanta Kumar Committee report overstates the PDS leakages (e.g., leakages in Bihar are down from 90% to around 24%, not 60% as the Shanta Kumar committee suggests). Perhaps this was an honest mistake, but it is now being used to justify the swift move towards DBT.

Our demands just mirror those of the BJP when the FSB was being discussed in Parliament: near-universal coverage, and more discussion and thought on reform. We’re hoping that on budget day PM Modi and FM Jaitley will wear this version of the famous Rs. 10 lakh, urm, Rs. 4 crore suit to remind them of the tall promises made so recently.

Sawhney is a lawyer and Pudussery is a researcher at Ranchi University. Both have worked on food security issues.