For Women, The Pandemic Has Another Deadly Fallout

Domestic violence emerged as the top crime that Indian women faced during the pandemic, with hotlines always buzzing with distress calls. 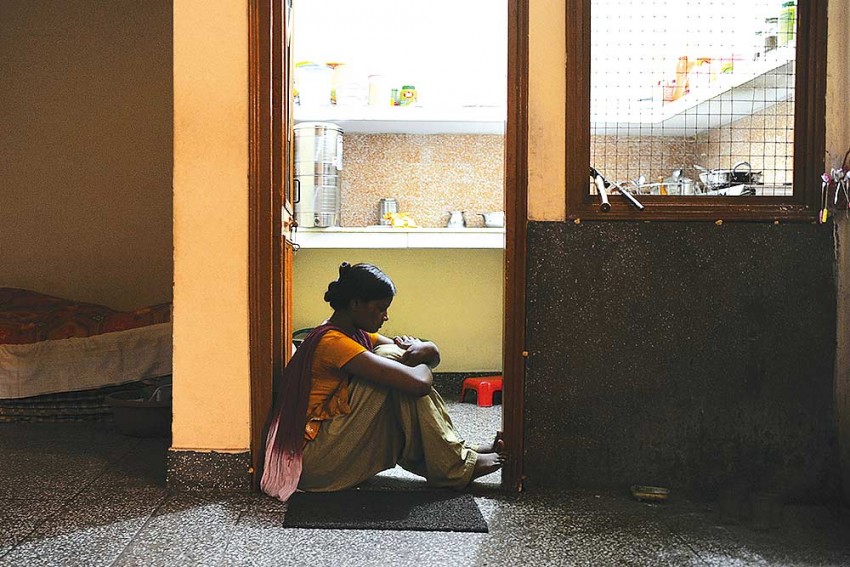 What can be worse than being confined to a house with your tormentor with no possible escape? Unfortunately, the Covid-19 pandemic's onset forced thousands of women to live this nightmare, which resulted in a sharp spike in domestic violence.

Domestic violence emerged as the top crime that Indian women faced during the pandemic, with hotlines always buzzing with distress calls ever since lockdown was announced in March. The alarming situation has not changed much for many families, despite an easing of the movement curbs.

The National Commission for Women says that the number of such calls has only increased since the easing of the lockdown in July. People who were fearful of being caught by their abuser have gathered more courage to make the complaints.

Though the curfew-like situation no longer exists, in most parts, a resurgence in infections during the winter months required re-introducing curbs in many regions. In any case, with many people either out of jobs or facing curtailed employment, negative emotions that have built up could potentially translate into further escalation in violence.

The fact that India is not an exception and there has been a surge in such crimes globally, would bring little consolation to victims of abuse. Therefore, we need to seriously introspect on what we can do to prevent such violence.

The official machinery under the Protection of Women from Domestic Violence Act could have helped alleviate the situation, but it did not find inclusion in the "essential services" during the lockdown.

Despite widespread optimism about a vaccine's rollout this year, the process is bound to be gradual. The misery of being forced to stay inside cramped quarters for long hours, often with poor access to even basic amenities like water, will need a comprehensive response to defuse the tense situation.

It would be too much to ask our overstretched police force to maintain a close vigil on every such household. Also, this has to be nipped in the bud through better access to counselling, complaint registration and legal aid.

Towards this end, a NITI Aayog report has charted a possible course of action that demands immediate implementation given the situation's gravity. It has suggested providing online complaint links, emails, and WhatsApp networks for disclosure, while temporarily increasing the operations of existing violence prevention and response hotlines.

An analysis of the pattern of distress calls from various regions would help chart a preventive booster plan that steps up vigil and offers aid to families in the highest risk locations. Often, family counselling and not just to the woman can prevent a potentially hostile situation.

The NITI Aayog has also suggested wide dissemination of information regarding shelters, rape crisis centres, counsellors at health facilities to ensure that women at risk have easy access. Mental Health therapy and telemedicine may come to the aid of those facing violence.

Some states have shown remarkable sensitivity to plug the situation. For example, Odisha and Tamil Nadu have started phone-up programs – under which concerned departments and social welfare workers contact or keep an eye on women who had previously complained of domestic violence.

However, along with these measures, authorities must also help arrange alternate accommodation for women who might need it. Providing cash transfer and ration support to such vulnerable people to sustain their daily living will further reduce tensions.

However, violence in the household has emerged as only one dimension of a much bigger problem.  There has also been an upsurge in the cases of sexual violence against women in public places during the pandemic.

Frontline healthcare workers, which includes a substantial number of women, have been attacked at many places because of the stigma associated with Covid. In many industries, such as hospitality and tourism, women comprise a large part of the workforce and have lost their jobs.

The disruption in family income has increased their vulnerability to violence and the risk of sexual exploitation. There has also been an escalation in cyber abuse and online violence including stalking, bullying, sexual harassment and sex trolling.

A much broader policy response for women's safety is the urgent need. The pandemic has only aggravated what has been a perpetual problem, and it is high time to go beyond mere policy intent.

India has one of the lowest proportion of women in the police force, which currently stands at 7%. The government has recognized this and announced that 33% of the police force position would be for women. Still, the Commonwealth Human Rights Initiative has highlighted how they face challenges at every stage of their career, right from recruitment to necessary facilities such as separate toilets.

Women best handle violence against women because of their natural empathy; this is the global truth. We could achieve the goal of a gender-sensitive police force by having clearly defined criteria during annual performance evaluations on how each person scores on responsiveness to crimes against women.

Volunteer officers such as from colleges and educational institutions can quickly be roped in for extending law enforcement. In our villages and some cities, such culture already exists, whereby ordinary citizens rush to aid women in distress.

In the longer term, the government needs to expedite its Safe City projects that focus on enhanced surveillance through infrastructure use. There are also plans to introduce things like panic buttons on public transport, which shows the policy direction is right.

But now it is time for India to up its plan concerning women's safety; a crucial to recognition as a global power. Our nation has exceeded many developed countries in containing the pandemic, so there is no reason to be found wanting on women safety.

(The author is a former Chairperson, National Commission for Women.  Views expressed are personal and do not necessarily reflect those of Outlook Magazine.)