The Gold actor is closely followed by his contemporary Salman Khan in the ninth place, raking in USD 38.5 million. 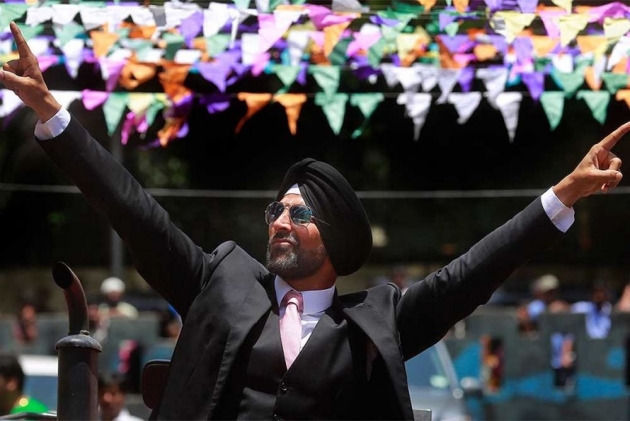 Bollywood superstar Akhsay Kumar has emerged as the seventh-highest paid actor in the world with earnings of USD 40.5 million in 2018, accroding to Forbes magazine.

The Gold actor is closely followed by his contemporary Salman Khan in the ninth place, raking in USD 38.5 million.

Kumar and Khan are the two lone Bollyowood stars to feature in the top 10 highest-paid actors list, prepared by the magazine.

Kumar was on the 10th spot in the same list last year. This year, however, by raking in an additional income of close to USD 3 million, the actor has managed to jump 3 positions on the coveted list.

Khan stayed at his ninth rank, but with an increase of USD 1.5 million this year.

The list has been topped by Hollywood star George Clooney, who scored a career-high pre-tax paycheque of USD 239 million between June 1, 2017 and June 1, 2018.

Clooney was followed by Dwayne Johnson, who banked USD 124 million pretax to rank second in the list.

The figure overshadows the salaries of the world's highest-paid actresses, who earned a cumulative of USD 186 million in the same scoring period. Scarlett Johansson topped the list with USD 40.5 million - the exact amount pocketed by Kumar in the actor's list.

International action star Jackie Chan came in fifth 45.5 million and Will Smith
followed in at number six with USD 42 million.

Last year's numero uno, Transformers actor Mark Wahlberg, did not make it to the list.