Statement by Official Spokesperson on Cancellation of Foreign Secretary's visit to Pakistan on 25 August 2014, and Pakistan foreign office response 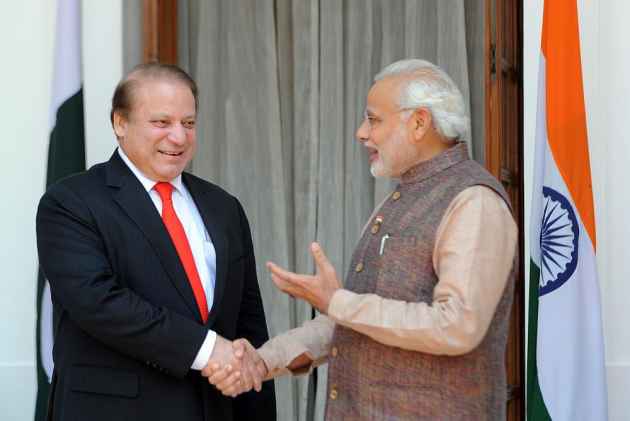 More stories from Ministry of External Affairs
View All

At a time when serious initiatives were being undertaken by the Government of India to move bilateral ties forward, including towards the resumption of a regular dialogue process, the invitation to so-called leaders of the Hurriyat by Pakistan’s High Commissioner does indeed raise questions about Pakistan’s sincerity, and shows that its negative approaches and attempts to interfere in India’s internal affairs continue unabated.

Indian Foreign Secretary conveyed to the Pakistan High Commissioner today, in clear and unambiguous terms, that Pakistan's continued efforts to interfere in India’s internal affairs were unacceptable. It was underlined that the Pakistani High Commissioner’s meetings with these so called leaders of the Hurriyat undermines the constructive diplomatic engagement initiated by Prime Minister Modi in May on his very first day in office.

The only path available to Pakistan is to resolve outstanding issues through a peaceful bilateral dialogue within the framework and principles of the Simla Agreement and the Lahore Declaration.

And the reaction from Pakistan foreign office:

Reaction to Cancellation of FS Level Talks by India

Our High Commissioner in India has been informed by the Ministry of External Affairs that the Government of India, taking exception to the High Commissioner’s meetings with Kashmiri leaders, has decided to call off the Foreign Secretary level talks scheduled for 25th August, 2014 in Islamabad.

It is a longstanding practice that, prior to Pakistan-India talks, meetings with Kashmiri leaders are held to facilitate meaningful discussions on the issue of Kashmir.

The Indian decision is a setback to the efforts by our leadership to promote good neighbourly relations with India. The Prime Minister of Pakistan has clearly articulated the vision of peace for development. It was in this spirit that he accepted the invitation of the Indian Prime Minister to attend his inaugural ceremony. The meeting between the two Foreign Secretaries was scheduled at the directive of the two Prime Ministers.