They would have called themselves Katis, but the Muslims surrounding them had for centuries called them Kafirs - infidels - and their land, thus came to be known as Kafiristan 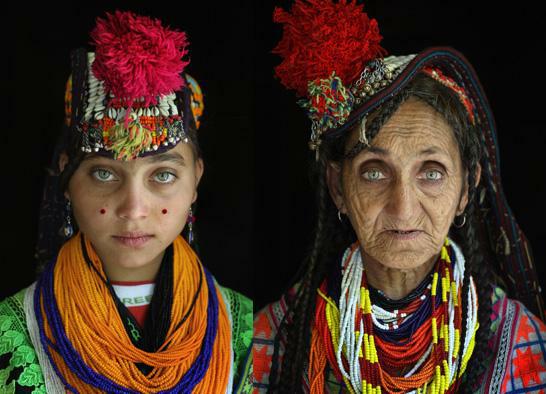 One day in 1897, near the village Brumotul not far from Chitral, then a semi-independent Muslim state high in the Himalayas, a bunch of boys went walking. They were not Chitralis, but refugees from another place that lay west of the newly demarcated Durand Line. They were not Muslims, either. The boys would have described themselves as Katis, but the Muslims surrounding them had for centuries used “Kafir” to describe the boys’ ancestors, and “Kafiristan” for their original land. The British had retained that nomenclature for the portion of that land they now controlled, while the Afghan Amir, Abdur Rahman, whose invasion had made the boys refugees, had named his portion “Nuristan” (“The Land of Light”).

The boys stopped on a bridge to watch two “Sahibs” fishing in the stream below, not having seen their likes before. One of the sportsmen came over to them and said something in Khowar, one of the several languages spoken among the Kafirs. One Kati boy understood what was said; he asked his friends to find earthworms for the Sahib. Later, he and another boy carried the day’s catch to the Sahibs’ camp. The man who spoke to the boys was an army doctor named Capt; the Kati boy who understood him was named Azar. Something about the boy struck Harris as exceptional. He sent for him the following day and almost obsessively insisted that Azar—barely ten or eleven at the time—should join his service. Azar offered excuses, his mother cried, but his father, Kashmir, the leader of the clan, gave his permission. Azar became Harris’s servant—first for 18 months at Chitral, and then for two years at Peshawar. Meanwhile, Kashmir was killed by some relatives when he was on his way to Kabul—after converting to Islam—to meet the Amir and seek from him his previous high status.

In June of 1900 Harris was dispatched to China to help suppress the “Boxer Rebellion,” while Azar stayed with the Captain’s spinster sister. However, when she decided to return to England at the end of the year, Azar refused to accompany her. He insisted on staying in service in the army with the Punjabi soldiers he had come to like, and who had been very kind to him. Miss Harris then handed him over to a Capt. A.A. James.

Soon after, Azar fell seriously ill, and during that illness took a vow to become a Muslim on regaining health. After recovery, Azar made his wish known to James, who was not pleased. It was not what Harris had wanted, who, in fact, had given everyone strict instructions against it. (For the record, Harris had never sought to make Azar a Christian.) Seeing Azar’s determination, however, James took the necessary steps and obtained the required permission from the Political Department. One Friday, Azar converted to Islam, and took on a new name: Shaikh Muhammad Abdullah Khan. His devotion to Capt. James, however, and the latter’s manifold kindness to him remained unchanged.

A few years later, in the summer of 1905, when Abdullah was at the mountain resort of Murree with his master, he was overwhelmed by a longing for his ancestral homeland. A new ambition also took hold of him. He got the idea of accomplishing what his father had died trying to do—return to the original home in Afghanistan and become the leader of his people. With James’s help, a petition was prepared and—after Abdullah put his thumbprint on it—sent to concerned authorities. Several British officers helped in forwarding the cause. Abdullah eventually got an audience with the new ruler of Afghanistan when the latter visited India, but, not knowing Persian, he could not converse with him. Promises were made—or so Abdullah thought—but nothing happened. Then James had a serious accident, forcing him to return to England.

That is where Abdullah’s story, as told by him, ends. It is now available to us in a remarkable book. (Shaikh Muhammad Abdullah Khan ‘Azar’, My Heartrendingly Tragic Story, edited by Alberto M. Cacopardo and Ruth Laila Schmidt (Oslo: Novus Press, 2006), pp. xl, 136, 139.) As the narrative closes in Jalandhar Cantonment, Abdullah says: “Now I can feel homesick with a good conscience, because God Almighty has given the Sahib relief and recovery.” The learned editors add in a footnote: “This was probably written in early 1908; Abdullah is already planning his return home, which will take place later that year.” Abdullah returned to Brumotul, where he lived out the rest of his life. The editors think he died around 1948.

At some stage during the process of petitioning (1906–07), Abdullah dictated to someone an account of his life, containing much more than the bare-bone given above. He also added to that “heartrending” (dilon ko hila-dene-wali) story a separate but detailed account of his Kati people, their history, kinship system, religious rituals, arts, and important myths or lore. Evidently, it was done at the urging of Capt. James, who might have also suggested the topics that needed to be covered. The two narratives are in Urdu, and in first person. But the editors are rightly doubtful of Abdullah’s prowess in that language at the time, for it contains patches that are too purple for any novice. Most likely Abdullah’s words were recast by his scribe friend. Be that as it may, the preciseness of Abdullah’s observation and the poignancy of his feelings draw our respect and attention even if they come in someone else’s language. The singular manuscript, formally dedicated to Capt. James, remained in the captain’s custody until 1914, at which time it was returned to the author with other papers. It stayed with Abdullah until 1929, when the famous Norwegian scholar Georg Morgenstierne (1892–1972) met him at Bromotul, and bought it from him for thirty rupees. It now reposes in the Institute for Comparative Research in Human Culture at Oslo.

Morgenstierne was the first to note the importance of the book—no worthy account of the Kati people existed at the time—and planned to bring out a proper translation. Unfortunately he died before he could make any serious progress. The task was then undertaken by one of his illustrious students, Knut Kristiansen, but he too passed away before the job was finished. Thankfully, the project was not abandoned, and we now have the two accounts accessible to us in the original Urdu as well as in English translation. The latter, done originally by Kristiansen, has been revised and updated by Kandida Zweng and Manzar Zarin, and provided with explanatory notes by the editors. A brief epilogue accounts for Abdullah’s life after 1908, while archival photographs allow us to see the faces of these neglected people and their physical environment. There is a wealth of scholarly addenda in the form of an introduction, biographical and explanatory notes, plus an extensive bibliography, resulting in a superbly put together book.

Who were Azar/Abdullah’s people? Only the ancestors knew, and they do not seem to have left any story of origin or migration. Some outsiders, coming much later, have called them the descendents of Alexander’s army because they prominently have blue eyes and very fair skin. When in 1888 Rudyard Kipling sent off his two rascally heroes to become kings in Kafiristan, this is how he described their first sighting of the local people: “Then ten men with bows and arrows ran down that valley, chasing twenty men with bows and arrows, and the row was tremenjus. They was fair men, fairer than you or me, with yellow hair and remarkable well built.” (Sadly, the 1975 film based on the story was shot in Morocco and not in Chitral, and John Huston’s “natives” were swarthy and dark-haired, true only to Hollywood anthropology.) Linguists who studied the relevant languages have declared them as old as the time when Aryan and Iranian languages had not branched away from each other—even older. These people made their home in a remote region, extremely picturesque but not possessing the wealth that attracted marauders and empire builders. Various invading hordes seemingly skirted them. And when the diverse people around them became Muslim, they collectively came to be known as “Kafirs,” and their land as “Kafiristan.”

However, what could survive ancient marauding failed against the combined might of 19th century colonialism and nationalism. The British in India came to terms with the Pathans in Kabul in 1893 and put down the infamous Durand Line (1896) that cut through the land of the Kafirs. Soon after, the Amir of the new nation of Afghanistan invaded his portion of the divide to establish his sovereignty. Those who could do so fled to Chitral, whose Muslim ruler let them settle near their brethren.

The “Land of Light” is presently controlled by the Afghan Taliban. It gained headlines around the world in October 2009 when The American forward base, “Camp Keating,” was attacked, and eight American soldiers were killed. Subsequently, the Americans abandoned the base after turning it into rubble. Things are also perilous in the Chitral valley, with frequent rumours of Osama bin Laden hiding in the region and the CIA having a listening post there. In September 2009, a Greek scholar-volunteer, Athanasios Lerounis, was kidnapped by the Afghan Taliban. Lerounis had been working with the Kalash Kafirs of Chitral for many years because he was struck by their response when he had asked what they wanted most. “A school of our own,” they told him, “where we can teach our language and culture to our children.” He was now helping the Kalash build an ethnographic museum of their own when the raiders came from across the Durand Line. They now hold him in Nuristan, in ransom for the release of three Taliban leaders in Pakistan’s custody. In January 2010, a group of Chitrali Muslims, including some Kalash, traveled to Nuristan for the fourth time to plead for Lerounis’ release, and again returned disappointed.

Back in September 2009, a member of the Kalash community had told the Daily Times of Lahore: “If the government doesn’t take any serious action we will leave Pakistan and go to some other country, a move which would bring bad name to Pakistan.” Who can even begin to imagine the desperation behind that threat, so naïve and so futile? In the 21st century, no people can emigrate at will. The countless “Durand Lines” all over the globe will never allow it.