A day after receiving a copy of the trial court's verdict, her counsels filed an appeal in the High Court challenging the verdict. 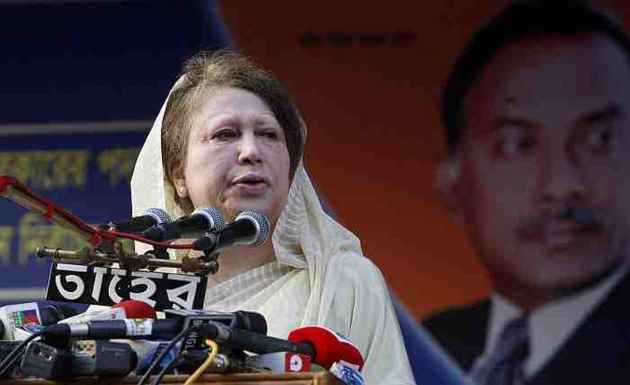 Former Bangladesh prime minister Khaleda Zia today challenged the five-year prison sentence handed out to her in a corruption case, claiming that it was a political scheme by the government to keep her out of the general elections in December.

The 72-year-old three-time former prime minister and main opposition leader was sentenced by Dhaka's Special Court on February 8 in connection with the embezzlement of 21 million taka (about USD 250,000) in foreign donations meant for the Zia Orphanage Trust, named after her late husband Ziaur Rahman, a military ruler-turned-politician.

The verdict simultaneously sentenced Zia's "fugitive" elder son and Bangladesh Nationalist Party (BNP's) senior vice president Tarique Rahman as he was tried in absentia. Rahman and four others have been sentenced to 10 years in prison.

Legal experts said the verdict may jeopardise her career as she may be disqualified from contesting polls, including the general elections slated for December.

A day after receiving a copy of the trial court's verdict, her counsels filed an appeal in the High Court challenging the verdict.

The 1,223-page dossier, which mentions Abdur Rezak Khan as the filing lawyer, cited 44 reasons for the acquittal of the three-time prime minister from the charges.

The BNP argued that the case is a political scheme to keep its party chief out of the national elections.

"As soon as the court schedules the hearing, we will file a bail petition," Sagir Hossain, one of the defence counsels, told the media.

The corruption case is one of dozens pending against Zia, who has been a rival of Prime Minister Sheikh Hasina for decades. The charges against her had already led to her boycotting polls in 2014, which triggered widespread protests at the time.