In the same case, her son Tarique Rahman and four others have been sentenced to 10 years in jail. 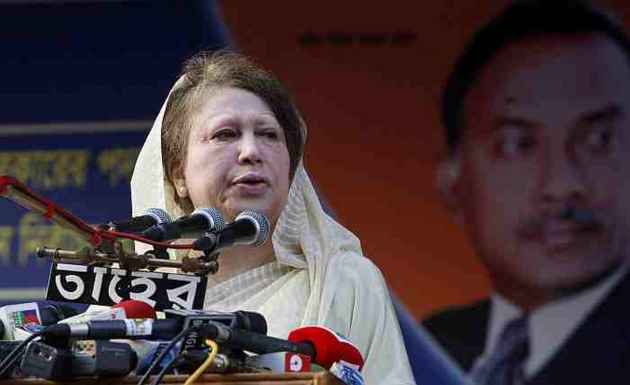 Bangladesh's ex-premier and opposition BNP chief Khaleda Zia was today sentenced to five years in jail in a corruption case.

Zia, 72, was sentenced by the Special Court-5 in the capital , Dhaka, in connection with embezzlement of 21 million takas (USD 252,000) in foreign donations meant for the Zia Orphanage Trust.

In the same case, her son Tarique Rahman and four others have been sentenced to 10 years in jail.

The ex-premier on November 30, 2014 lost her last ditch effort to evade the graft trial as the Supreme Court turned down her second 'leave to appeal' petition challenging her indictment and asked her to face trial in the lower court.

Zia had opened an account named “Prime Minister's Orphanage Trust” with the Ramna branch of Sonali Bank when she was the Prime Minister.  She and five others were booked in  in July 2008 by the Anti-Corruption Bureau for misappropriating Tk 2.1 crore that had come from a foreign bank as grants for orphans.

The ACC alleged that the two charities, the other being the Zia Charitable Trust, existed only on paper and a huge amount of money was misappropriated in the name of the two organisations while Zia was premier during the BNP's 2001-2006 government.

The high court earlier validated the trial in the lower court which on March 19, 2014 had indicted Zia on the  graft charges.

Security has also been beefed up around government and non- governmental establishments across the country ahead of the verdict. But Zia's supporters clashed with police as she was on her way to the court.