Manjhi's use of swear word came to light on Sunday when a video went viral on social media where the 77-year-old leader was shown holding forth on the pitfalls of growing ritualism among Dalits at a function. 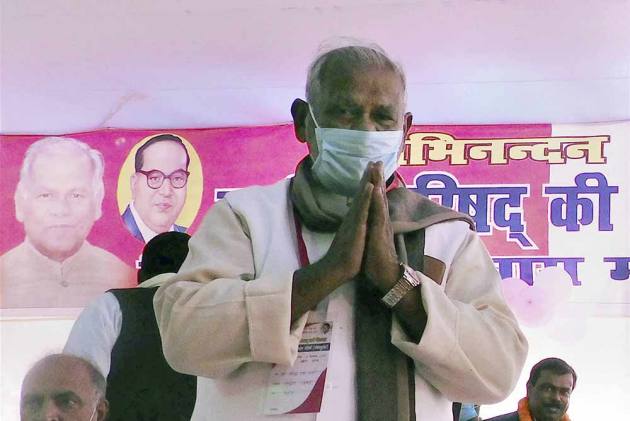 Ex- Bihar CM Jitan Ram Manjhi, who sparked a huge row after  using expletives  against Brahmins a few days back, is facing a backlash from the influential community whose members have moved courts against the leader, with one of them even announcing a reward of Rs 11 lakh for chopping off his tongue.

Himself a Dalit, Manjhi later sought to wriggle out of the predicament with his trademark equivocation, but ended up tying himself in knots.

Members of various Brahmin outfits have moved the court in West Champaran, Siwan, Saran, Katihar and Samastipur districts demanding that the Hindustani Awam Morcha (HAM) president be booked under relevant sections of the IPC.

Manjhi changed tack numerous times since the episode came to light, initially claiming that he had used the word "haraami" (bastard) to admonish his own Mushar community and that it was not directed against Brahmins.

Faced with the possibility of angering his Dalit brethren, he did a volte face, saying he stood by his remarks where he had sought to toe the line of B R Ambedkar by denouncing priestcraft.

In his latest statement, Manjhi attempted a dilution of stance and asserted that his cuss word was indeed directed at Brahmins who "ate meat and drank alcohol while pretending to be holier than thou".

Incidentally, the former chief minister has been quite candid about his fondness for non-vegetarian food and often voiced his disapproval of prohibition in the state, much to the embarrassment of the Nitish Kumar government in which his son Santosh Suman is a minister.

Gajendra Jha, a BJP leader in Madhubani, announced a reward of Rs 11 lakh for anyone who chopped off the tongue of the former chief minister.

The BJP acted quickly and expelled Jha, whose open threat mimicked the "fatwas" for which it attacks Islamists. The party, insiders feel, would not have liked to antagonise Dalits by not acting against its own leader who was seen as being too aggressive while targeting Manjhi.