" 'Rangeela Raja' is the name of the film because Mallya is a colourful man." 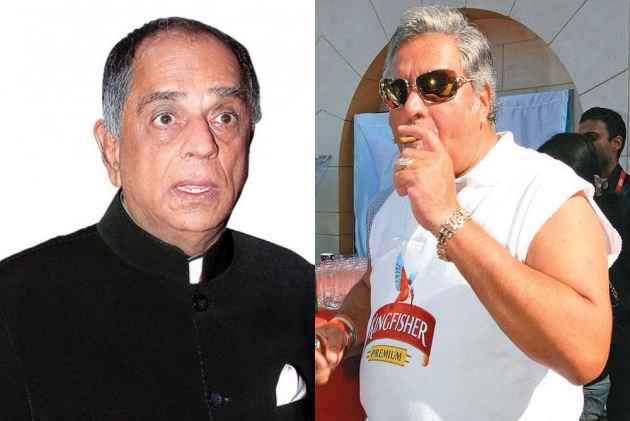 Former censor board chief Pahlaj Nihalani is back in the news with his next project "Rangeela Raja", starring Govinda, which he says is inspired by Vijay Mallya's lifestyle but not the "fraud or the scam" connected to the fugitive businessman.

His film will not discuss the allegations of fraud against the liquor baron or his life in London, Nihalani said.

"I'm not making a movie on Vijay Mallya... It is not a biopic or something. I have taken inspiration for the character like how he was a member of Parliament and how he conducted his life as a businessman. I have taken the character, not the story.

"It has nothing to do with the fraud or the scam. I have taken inspiration from his lifestyle," Nihalani told PTI.

Mallya is wanted in India to face charges of fraud and money laundering amounting to around Rs 9,000 crore.

Asked whether he had spoken to the businessman before taking on the project, Nihalani said, "There is no question of discussing it with him. I can be inspired by any personality."

He said the film will be completed in June and they have been shooting for the past two months.

" 'Rangeela Raja' is the name of the film because Mallya is a colourful man," the producer said.

Nihalani, who previously worked with Govinda on films such as "Shola Aur Shabnam" and "Aankhein", said the actor has done a brilliant job in the film.

"Govinda is the finest actor in the industry and I worked with him 35 years ago... In every scene, he has a different style, a new way of performing. He has given an award-winning performance in this film. He can do comedy and he can dance. He is a complete actor," he said.

When contacted, Govinda confirmed working with Nihalani in "Rangeela Raja" but declined to divulge the details of his character.

"I have done exactly what Pahlajji asked me to do in the film 'Rangeela Raja'. He is the guy I started my career with him and I never question my role. I cannot disclose my film's role and its subject before the release," he told PTI.

Nihalani served as the chief of the Central Board of Film Certification until he was replaced by writer-lyricist Prasoon Joshi last year. He has come to be known as the most controversial head of the film certification body.