'It Was Claimed That The Muscular, Militaristic Approach Will Put An End To Militancy. Has it? 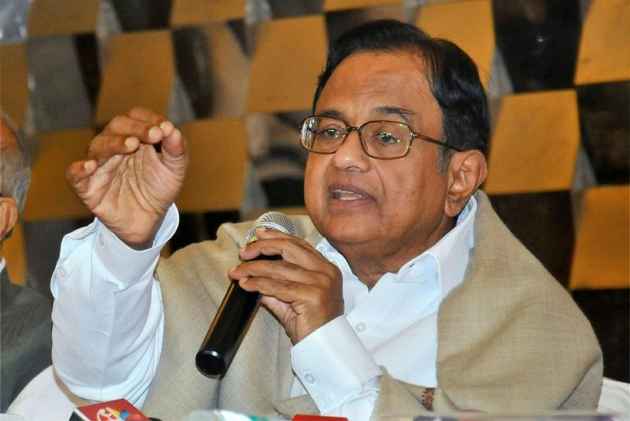 Former finance minister P. Chidambaram on Sunday hit out at the Centre for failing to restore peace in the valley.

Taking to his Twitter handle, in a series of nine tweets, Chidambaram pointed towards the efforts taken by the government on Kashmir and how it failed to show any result.

"From time to time we are rudely reminded that there is an issue concerning the state of Jammu & Kashmir. The last reminder came on the night of 30-31 December 2017, when militants attacked the CRPF Training Centre at Lethpora in Pulwama district killing five CRPF personnel and injuring three," Chidambaran tweeted.

Commenting on the appointment of Dineshwar Sharma as the interlocutor for Kashmir, the former finance minister said the initiative was rebuffed by various stakeholders in the valley as a pre-election gimmick.

"On the eve of the election in Gujarat, the government appointed Mr Dineshwar Sharma as Special Representative (SR), but his mandate was not clear. Subsequently, it was indicated that the SR will talk to anyone who was willing to meet him, and therein lies the catch," he tweeted.

"The way forward is to invite all stakeholders for talks. Unfortunately, the stakeholders have perceived the appointment of the SR as a pre-election gimmick and have totally rebuffed the good fellow. Still, all is not lost. I support the idea of interlocutors, but that step has to be part of a set of measures," he added.

Chidambaran in the series of tweets also castigated the idea of appointing military in the valley and even shared data in the regard.

"It was claimed that the hard, muscular, militaristic approach will put an end to infiltration and militancy. Has it?" he tweeted.

"If you are one of those who had thought that the hard, muscular, militaristic approach of the government should be given a chance, please look at the table once again. You may change your view," he added.