His departure from TMC can be seen in the light of further carrying out political aspirations in Sikkim-his home state. 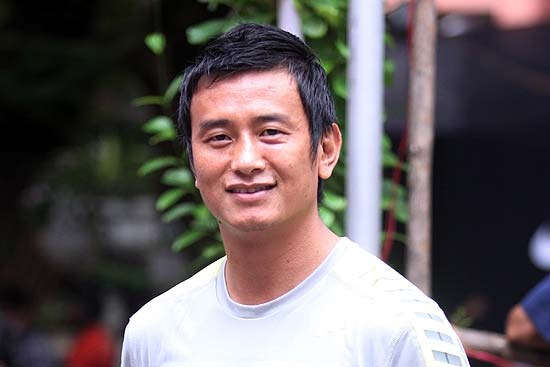 Bhutia, in a tweet, announced cutting of ties with Mamata Banerjee's party. As of today I have officially resigned from the membership and all the official and political posts of All India Trinamool Congress party. I am no longer a member or associated with any political party in India," he said.

The football icon did not cite any reason for his decision but some reports suggest that he was upset with the party leadership for they way it handled Gorkha stir. Bhutia had also expressed his views in favour of a separate Gorkhaland.

Going against the party line, Bhutia last year had said that a separate Gorkhaland state is necessary to "permanently" resolve the Hills problem "in an appropriate manner". He had categorically said he did not agree with Bengal CM Mamata Banerjee's views on Gorkhaland. He, however, had ruled out resigning from the party then.

Bhutia, who hails from Sikkim, had also urged the Sikkim CM Pawan Chamling to guide the leaders in the Hills on how to take forward the Gorkhaland movement in a constructive and effective manner.

His departure from TMC can be seen in the light of further carrying out political aspirations in the home state.

Speculations are rife that the ace footballer is set to join BJP that is trying to find a footing in Sikkim. The skippers close aides have reportedly indicated towards "another crucial announcement" soon, reportedIndia Today.

Union Minister Kiren Rijiju took to twitter to wish Bhutia well for future endeavours. "Football icon & former Indian captain Baichung Bhutia's resignation from TMC was expected. He told me he has high regards for Mamata Banerjee but unable to cope with the situation. He desires to do more for Football & Sikkim. My best wishes to Bhaichung for his future endeavour," he said.

The footballer had contested elections twice as a Trinamool Congress candidate and lost both times. Bhutia had unsuccessfully contested the 2014 Lok Sabha elections from Darjeeling and the 2016 West Bengal Assembly elections from Siliguri.

The TMC declined to comment on Bhutia resigning from the party.

However, sources told PTIthat Bhutia had informed the TMC about his decision one month ago as he was no longer interested in being associated with any political party.