Election to 47 wards of SMC, which was won by the CPI(M) in 2015, is likely to be held on January 22, along with four other municipal corporations in south Bengal. 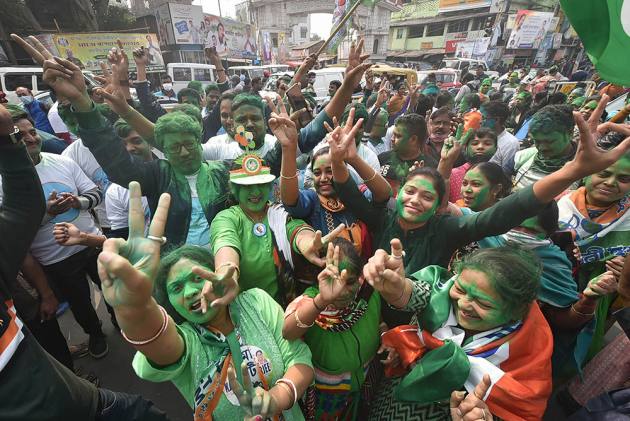 Ex- Gorkha Janmukti Morcha (GJM) leader Binay Tamang, who recently joined the Trinamool Congress, assured that he will strive towards securing Gorkha votes of the hills and adjoining plains for the ruling party of West Bengal.

Tamang, along with former GJM MLA Rohit Sharma, met Siliguri Municipal Corporation (SMC) Board of Administrators' Chairman Gautam Deb before returning to the hills on Sunday. "We will work towards strengthening the TMC in the hills, and also in several Gorkha-inhabited wards of SMC," Tamang said.

Deb said that matters related to the development of the hills and strengthening of the TMC's organisation were discussed with Tamang and Sharma.

Tamang, who had quit GJM in July this year, joined TMC along with Sharma, a former Kurseong MLA, on December 24.

Picking up the TMC flag, Tamang had attacked the BJP accusing it of fooling the people of Darjeeling and Kalimpong districts over the Gorkhaland statehood issue, and described Chief Minister Mamata Banerjee as a "visionary leader" whom he would like to see as the "prime ministerial candidate in 2024".

Election to the 45-member GTA is likely to be held early next year. The last election to the semi-autonomous council was held in 2012.

Tamang's joining the TMC comes at a time when a section of BJP leaders have renewed the demand for Gorkhaland state and also sought to carve out north Bengal as a centrally-administered Union territory, citing disparity in development and injustice to the people of the region.