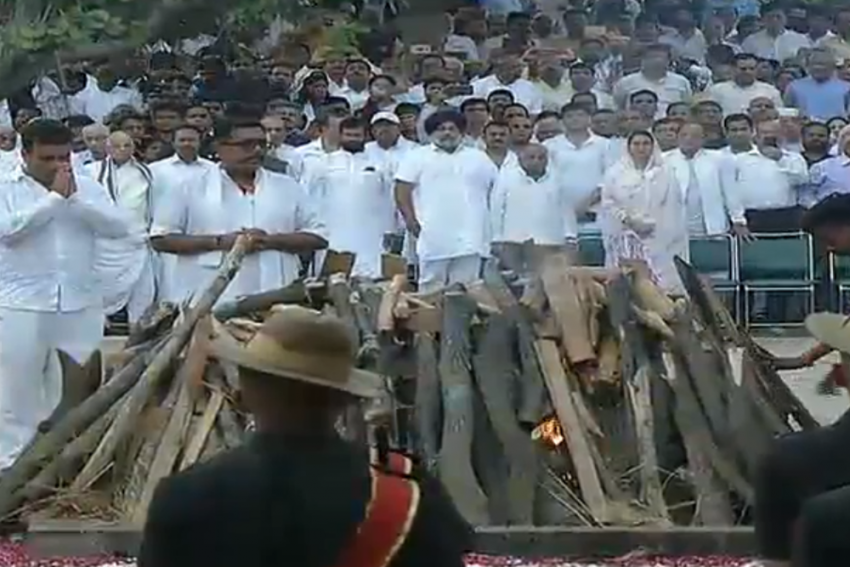 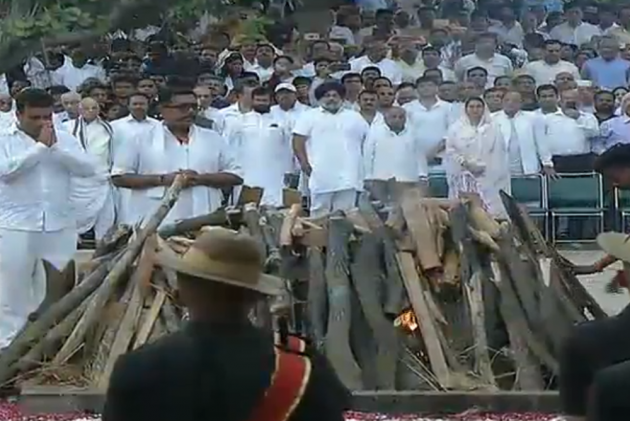 Bugles sounded the last post, uniformed soldiers clicked their heels and a sombre silence fell over the crowd as former prime minister Atal Bihari Vajpayee's mortal remains were consigned to the flames on Friday evening, the sun setting on the life of a poet-politician who combined accommodative politics with graciousness.

Several foreign dignitaries, including the king of Bhutan and the Bangladesh's foreign minister, were also present.

The former prime minister was accorded a state funeral with thousands of people joining his last journey.