The foundation stone for the Rs 331-crore heritage corridor project in Odisha's Puri was laid by 'Gajapati Maharaja' Divyasingha Deb in presence of Chief Minister Naveen Patnaik on Wednesday. 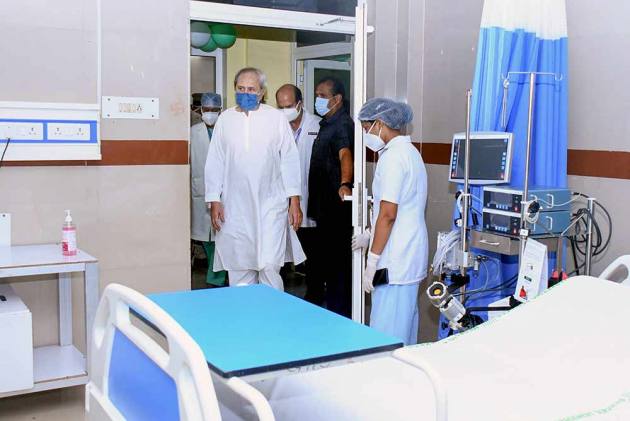 The foundation stone for the 'Srimandir Parikrama' project was laid on the culmination of the three-day-long "Mahayajna" near the boundary wall of Lord Jagannath temple amid chanting of 'slokas' by priests of the 'Shrotriya' Brahmin community as 'Jai Jagannath' intonations rented the air. 'Gajapati Maharaja' -- the titular king of Puri, considered the first servitor of Lord Jagannath, performed the rituals of 'Mahayajna' as the 'Karta'.

"Jay Jagannath! Today is a historic day for all Jagannath devotees all over the world and indeed a sacred day for the people of Odisha," Patnaik remarked. The chief minister felicitated 10 persons who donated their ancestral land, adjacent to the temple, for the project.

It is aimed at making adequate security provisions and amenities for devotees to have a smoother darshan of the deities during festivals and other special occasions such as Ratha Jatra, officials said.

As a part of the project, a reception hall to accommodate around 6,000 devotees, a green corridor around the temple, a cloakroom along with separate toilet complexes for devotees, ATM counters, health centres and pilgrim information points would be built, they said.

A Tata group company will be executing the works worth Rs 331.26 crore within 18 months, they added. Infrastructure around 75 metre radius of the 12th-century shrine would be developed as a part of the project, officials said.

Places of religious and historical importance such as Languli Mutt, Badachhata Mutt and Chhauni Mutt would be revamped in the new Kalingan style of architecture. The Shree Jagannath Temple Administration (SJTA) building would be redeveloped, besides creating an integrated command and control centre.

The development of the municipal market, Swargadwar, Pramod Udyan, Gurukulam and Mahodadhi market will also be done. The beachfront development works, and revival works for Puri lake, Musa river and Atharnala will be undertaken, besides developing housing for 'sevayats', officials said.

A seven-lane-wide pathway for devotees and a separate lane for the deities around the 'Meghanada Pacheri' (boundary wall of the temple) will be created.